Global innovations to be unveiled at Dubai’s Aquaventure Waterpark 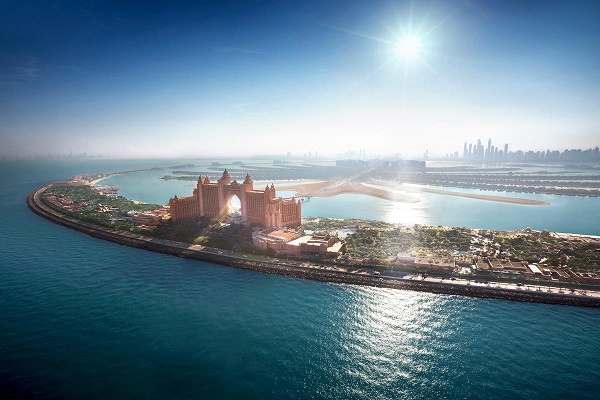 Dubai's Atlantis, The Palm resort is expanding its Aquaventure Waterpark with a number of world firsts, including the world's largest diameter slide, the world's first vertical family ride, and the first double slide within a slide experience, allowing tube riders to watch fellow ride sliders in action, suspended above them.

Aquaventure will also be home to the longest zipline circuit in the Middle East and the first to be integrated into a waterpark tower, with riders flying high above the waterpark and Aquaventure Beach, enjoying spectacular views out over the resort and The Palm.

Already the biggest waterpark in the region, Aquaventure will be unveiling the 40 metre high The Tower of Poseidon and the longest river ride in the Middle East, measuring 2.3 kilometres in length.

The river will incorporate tidal waves and pools, water rapids and white chargers, along with 700 metres of stunning white sandy beaches overlooking The Palm.

"This upcoming expansion will be more exhilarating than anything we have unveiled before, with unbelievable new rides the likes of which have not been seen anywhere in the world."

The expansion is scheduled to open in August.

For more information go to www.atlantisthepalm.com/marineandwaterpark/aquaventure.aspx