Geelong looks forward to May return to Simonds Stadium 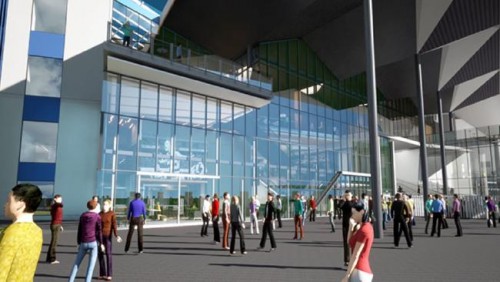 Inspite of some delays caused by industrial action, Geelong FC are looking forward to the completion of the latest phase of the redevelopment of Simonds Stadium with contruction moving forward on the venue's new Charles Brownlow Stand.

The new grandstand, which replaces the former Brownlow and Jennings stands, is being built at a cost $91 million as the fourth stage of the redevelopment of the famous venue.

Scheduled to open on 19th May with the Round 9 AFL Premiership between the Cats and the Western Bulldogs, the new stand will increase the stadium’s capacity to approximately 36,500.

With demolition works having commenced after the 2015 football season, the new grandstand will feature one of the best training facilities within the AFL, a 600 seat function room, a cafe and double-storey merchandise store, rehabilitation centre and impressive facilities for supporters, media, corporates and social club members.

Commenting on the naming of the new grandstand earlier this year, Cats President Colin Carter advised that its naming acknowledged the contribution of Brownlow to the club, the city and the game, stating “Charles Brownlow is arguably the best known name in football history.

“The AFL competition, of course, remembers Brownlow as an administrator, but he was also a player for the Geelong Football Club around 130 years ago - in that era that has been forgotten by the AFL.

“His name is not only the most famous name in the AFL’s history but he is also a link to our club’s own early history as the second oldest professional football club in the world that is still in existence.”

Funding for the stage four works was negotiated by Melbourne-based consultancy Waypoint, which developed a partnership with contributions from the Victorian Government, City of Greater Geelong, AFL and the Cats. 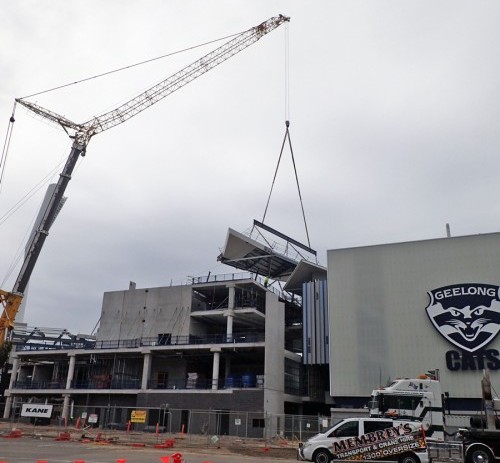 “It’s a significant milestone for all involved, with our team having now spent over three years working on the project after developing the initial business case and now representing the Cats in the role of project director.”

Commenting on the impact of the redevelopment will have on the fans and broader community, Dare explained “the stadium has become an iconic venue over its four stages of redevelopment, and will mean the local community will no longer have to travel to Melbourne to see major sporting and cultural events.”

Waypoint’s involvement in the redevelopment spans all four stages since 2000, and will continue for the foreseeable future with the company being appointed to develop the business case and funding strategy for the final stage of the stadium’s transformation, which is hoped to be completed by 2020.

Construction of the new grandstand is being undertaken by Kane Constructions.

Images: Artist’s impression of the new entry to the Charles Brownlow Stand at Simonds Stadium (top) and the recent installation of the first roof bay on the new grandstand (below – courtesy of Waypoint).