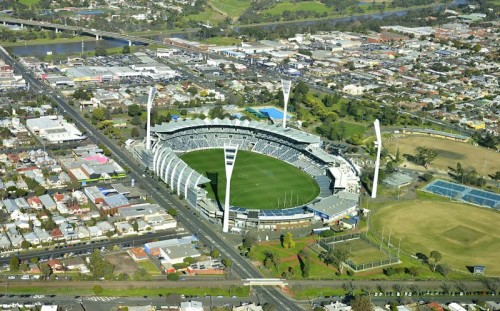 A new Trust headed by former Victorian Premier Steve Bracks will oversee the next phase of development at Geelong's Simonds Stadium to commence following the 2015 AFL season.

Victorian Premier Daniel Andrews has announced that $400,000 would be contributed by the Government to set-up the Trust which will run in a similar manner to the MCG Trust and Melbourne & Olympic Park Trust, running the day-to-day operations. Until now, the venue has been operated by City of Greater Geelong with the Geelong Football Club the promoter and construction manager.

Bracks, a Cats supporter, will receive an honorary fee for his work as Chairman of the Kardinia Park Trust once it is set up this year.

The Victorian Government has pledged $70 million towards further expansion of the ground, with plans to boost seating capacity to 36,000.

The redevelopment of the ground will see an increased number of events held at Geelong including more Cats games, football, cricket and rugby.

Simonds Stadium recently hosted its first A-League match, attracting over 21,000 fans while more than 205,000 fans attended events throughout 2014 with the highest crowd 27,402 for Geelong v North Melbourne under the new lights.