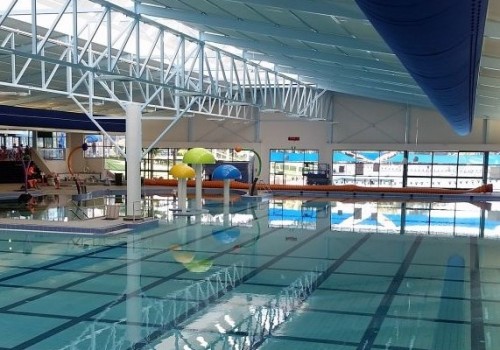 As councils struggle to cope with ever rising gas bills to heat and cool their aquatic centres, pressure is building to find cheaper and less carbon-intensive ways to keep these treasured community facilities open.

Writing in The Fifth Estate, Poppy Johnston highlights that while Australia might be a leader on building energy performance, one niche building type appears to have fallen through the cracks: public aquatic centres.

Johnston writes that historically cheap gas prices and the absence of a carbon tax has spawned a fleet of energy-hungry aquatic facilities across the country. These facilities, which typically consist of indoor pools and other functions such as gyms and cafes, can consume up to seven times more energy per floor area than the average commercial office building.

This could soon change, with councils now facing enormous bills thanks to rising gas prices that aren’t expected to decline.

One source from a metropolitan Victorian council told The Fifth Estate that the council’s energy bill had increased by more than 60% compared with 2014-2017 averages.

There higher energy costs have prompted the design of better performing buildings, with, for example, minimal use of glass.

He explains "it’s very rare to see an aquatic centre with floor-to-ceiling glass surrounding it ... Europe is really looking at the design.”

By contrast, large swathes of glazing are common in Australian aquatic centres. While it might look attractive, sky lights and floor-to-ceiling glazing attracts condensation. If not managed correctly, glare can also be dangerous inside an aquatic centre.

Duverge says that in Australia it’s rare for designers to consider how much energy the facility is going to use - it’s all about making them “tall and shiny”.

He feels that it doesn’t help that fully-glazed 'domes' are recognised by the industry as tender-winning designs, pointing out that people don’t understand the effect of evaporation and heat loss that occurs in an indoor pool.

Suggesting that “they treat it as an office building", Duverge says the evaporative effect has a big impact on energy consumption, but is rarely taken into consideration, adding “I think people just try to do calculations in terms of heating but neglect the effect of evaporation. That’s not really accurate.”

Another common problem is that aquatic centre staff are not trained or don’t understand how HVAC (Heating, Ventilating, and Air Conditioning) systems work, opening windows and doors when it becomes too hot rather than adjusting the HVAC.

Duverge is seeing change in the industry as councils start to feel the financial and ethical pressure, with many declaring a climate emergency and looking for opportunities to decarbonise their operations.

Capturing heat energy
For RMIT Senior Industry Fellow Alan Pears, an energy efficiency expert who’s been looking into the energy performance of aquatic centres since the 1990s, the key issue for aquatic centres is that they flush out enormous amounts of heat energy that is costly to produce. 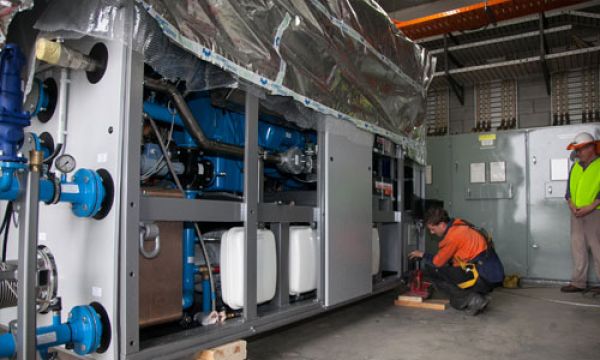 Most of the thermal energy going into an aquatic centre is used to heat pool water to around 27-29 degrees Celsius, but that warm water evaporates, absorbing large amounts of energy, producing water vapour and making the pool facility hot and steamy.

Air extraction fans are required to suck out the hot, humid air and the energy it contains at an astounding rate. Air equivalent to four to 10 times the volume of the building is exhausted and replaced by outdoor air every hour.

The good news is there’s a tried and tested technology that can capture and upgrade this escaping heat energy for another use – the heat pump.

How it works
A heat pump is an electrical device that extracts heat from one place and transfers it to another. Refrigerators and air conditioners are both heat pumps ­but only for cooling. The heat pump cycle is fully reversible, and can provide heating in winter and cooling in summer.

Unlike traditional heating equipment that only generates heat, the pumps extract heat from the environment – as per the laws of thermodynamics, where even cold air, heat or other materials actually contains a lot of heat energy.

In an aquatic centre, a heat pump is particularly attractive as it is able to capture the large amounts of waste heat energy from humid exhaust air and “pump” it back into the pool, all while using a relatively small amount of electricity.

This all ends up far cheaper because, although the price per unit of energy is more than gas, a heat pump is much more efficient than a gas boiler in this kind of setting.

A heat pump’s energy efficiency is measured by its Coefficient of Performance (CoP), which is the amount of heating or cooling provided by a heating or cooling unit to the energy consumed by the system. A top-of-the-line heat pump can have a CoP as high as 9.5 to 11 (950-1100%), compared with traditional gas boilers that have an expected efficiency of around 50-75%.

The efficiency of heat pumps increases again if used as an integrated building-wide system for both heating and cooling. This makes the technology even more attractive for aquatic centres because different spaces and pools are heated at different temperatures. For example, a gym needs to be at a comfortable temperature for exercising, while a pool in the same centre needs to be about 30 degrees.

Harbison, who has been acting as an intermediary between councils and the refrigeration industry, says the technology is proven and already used in other building types in Australia, such as commercial buildings and cold stores. A key benefit of these systems is that they rely on a “natural” refrigerant that doesn’t contribute to global warming.

Critically, he says a fully integrated and optimised system has the potential to make an aquatic centre 80% more efficient when compared with a comparable gas system.

Harbison has been approached by multiple councils from Victoria and NSW interested in alternatives to gas for heating and cooling their aquatic centres.

Rooftop solar and a tight thermal envelope
Heat pumps are only part of the story. With electricity needed to run heating and cooling, rooftop solar and battery storage becomes an appealing proposition, especially given the vast roof space available on an aquatic centre.

Smaller pools also have problems
Although the biggest pools are run by councils, similar energy-performance problems are experienced in smaller home indoor pools and indoor pools in high-rise apartment blocks.
Rehabilitation pools and healthcare facilities have an even tougher time because their pools are run at high temperatures.

Poppy Johnston is a journalist at The Fifth Estate.

This article was first published in The Fifth Estate, Australia’s leading online newspaper for the sustainable built environment and all the businesses, professionals, academics, government agencies, community groups, not-for-profits, individuals in Australia and globally who want to be part of the sustainability revolution.

Images: Sutherland Leisure Centre. In 2017, Sutherland Shire Council considered closing its pools because of rising energy costs (top) and a cogeneration unit at the Sydney Olympic Park Aquatic Centre (below).