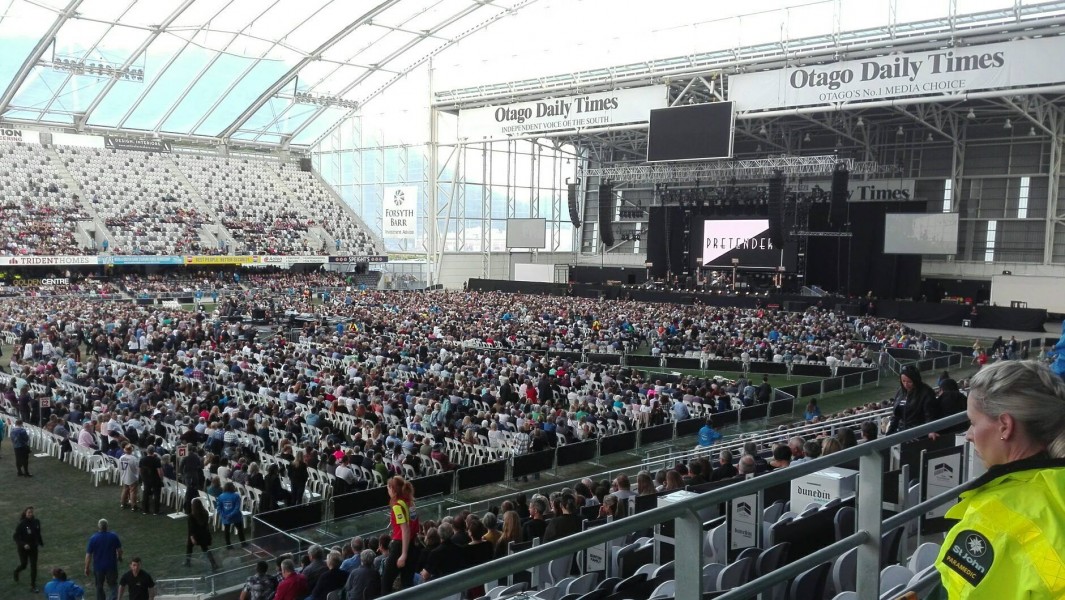 DVML, a division of the Dunedin City Council owned Dunedin City Holdings Ltd, has enjoyed a series of major events, continuing into 2018 with concerts by pop superstar Robbie Williams and former Pink Floyd member Roger Waters, that have driven the profit increase compared to the same period last year.

However, in the current climate of ticket reselling, the venue has had to deal with fan uncertainty over tickets purchased on secondary ticketing site.

A small number of fans who had bought tickets to Robbie Williams concert through the Viagogo resale website found their tickets were not valid when they tried to enter the Stadium on 17th February.

Many of the invalid tickets had the same person's name on them and had been purchased for hundreds of dollars above their original price.

Tickets to the three Ed Sheeran concerts at the Stadium, as well as Pink and Shania Twain later this year, are currently being resold through the Viagogo.

DVML Marketing and Communications Manager Kim Barnes said at the moment there was little venues or concert promoters could do to stop their tickets being resold through the website or check the validity of resold tickets.

Barnes said she understood there would be some concern from people who had already purchased tickets but the only advice should could give them was in future to purchase tickets only through the official seller.

The Swiss-based company is being investigated by the Commerce Commission.