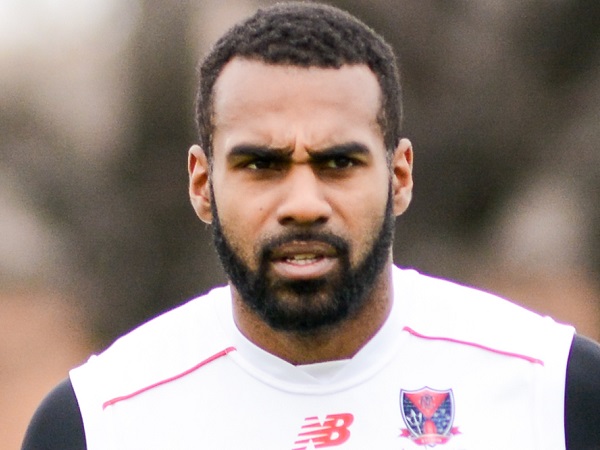 Former AFL star Héritier Lumumba is suing his former club and the League over racism he says he endured in his playing career.

Lumumba, aged 33, played in the AFL from 2005 to 2015, mostly for Collingwood FC, later speaking out about his experience of racism at the club, which he said included being given a nickname ‘Chimp’ by Collingwood teammates.

The club has been conducting an internal investigation into the allegations since June while the AFL has undertaken a range of ongoing measures to stamp out racism in the sport.

In recent years, several players have spoken about racism in the game with recent documentaries on Aboriginal player Adam Goodes - a two-time AFL best-and-fairest winner who retired after persistent abuse – prompting calls for the sport to improve.

Lumumba, who has Brazilian and Congolese-Angolan heritage, first voiced his experiences in 2017, advising that he had faced a "culture of racist jokes and ideas" at the club.

His allegations have been supported by other teammates - including former teammate Andrew Krakouer - but rejected by senior Collingwood officials and coaches.

Lumumba said he had been ostracised by coaches and teammates after criticising Collingwood President Eddie McGuire for making racist remarks about Goodes. McGuire later apologised for his comments.

Lumumba, who was the AFL's first multicultural ambassador from 2006 to 2013, said his experience improved after joining Melbourne Football Club in 2014.

In documents filed in the Supreme Court of Victoria, Lumumba alleged the league and his former club had failed in their duty of care to provide players with a safe environment.

The submission stated “on numerous occasions during his employment, the plaintiff was subjected to racial abuse or racially-offensive conduct.

Lumumba alleged the organisations had failed to protect him from abuse and took no action to stop or penalise players as a result of which, he had suffered "trauma, humiliation, distress, and loss of enjoyment".

He has declined to engage in Collingwood's internal investigation, saying the club should not be investigated by its own officials.

He had previously recounted experiences to club and league management.

In June, McGuire said the investigation would be done "forensically but we're not looking to prosecute", adding “want to find what's gone on. I've spoken to some people and I've found different things, the nuances that I had no idea (about)."

Collingwood and the AFL are yet to respond to the lawsuit.