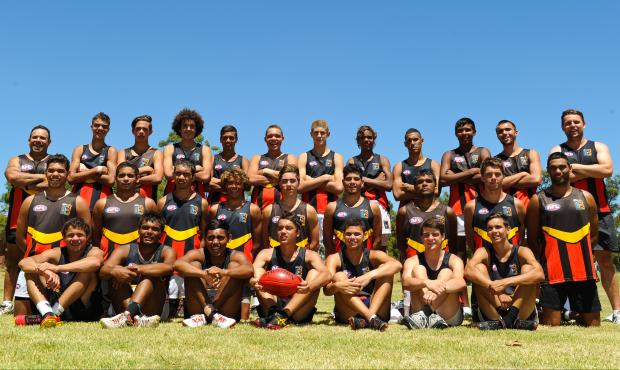 The program was nominated in the Sport Federation or Governing Body of the Year category and was among 400 entries from more than 125 countries.

AFL Chief Executive Andrew Demetriou said he was extremely proud of the Flying Boomerangs program and the recognition it had received, stating "the AFL game, with the support of our players, our clubs, government and our major partners, has been focused heavily on building greater access to our game.

"More than 10% of players at the elite AFL level have an indigenous background and we have sought to use the game to increase opportunities for Aboriginal and Torres Strait Islander people.

"This is a tremendous recognition of the work being done across the football industry, with support from so many people, for better sporting, health, leadership, education and employment outcomes for Indigenous people across Australia.

"To have our program recognised internationally is very rewarding."

The Flying Boomerangs is a personal development and leadership program for young Aboriginal and Torres Strait Islander men aged 14 and 15 years of age.

The program incorporates a match series against developing international countries (South Africa 2006 and 2008, PNG 2009 and Tonga 2010 and Fiji 2011). The participants are selected from an annual camp that involves players from throughout Australia and are mentored by Aboriginal and Torres Strait Islander leaders and former Australian Football League players.

The 2011 Flying Boomerangs tour to Fiji commences on Sunday 12th December. The Flying Boomerangs engage in leadership sessions, a cultural exchange and will play matches against Under-15 Oceania and South Pacific teams.

Other nominees in the Sport Federation or Governing Body of the Year category were the International Table Tennis Federation and the National Hockey League Green program (US & Canada).

The Beyond Sport Community Awards winners receive funding and a package of substantial business support to enable them to move forward and become fully sustainable in the future.

There were 12 categories in the 2011 Beyond Sport Awards covering the entire sporting spectrum of health, social inclusion, corporate and social responsibility and philanthropy.

The categories were split into three clear sections - Beyond Sport Community Awards; Corporation and Federation Awards; and the Judges' Awards.

Federal Minister for Sport Mark Arbib has congratulated the AFL on winning the award was fitting recognition of the work the AFL does to promote opportunities for Indigenous Australians in the sport.

Senator Arbib stated "it is fantastic to see an Australian sporting organisation gaining international recognition for the great work they're doing with young Indigenous Australians.

"A win against such a competitive field, including some of the world's biggest international sports, demonstrates how successful the Flying Boomerangs program has been."

23rd November 2011 - CANTERBURY SIGNS UP TO SUPPORT BEYOND SPORT