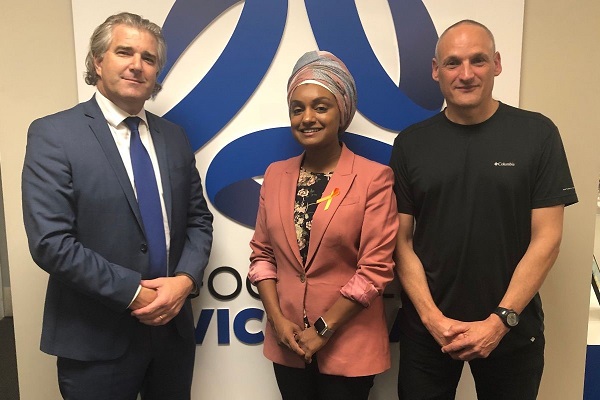 Football Victoria has released its annual report for 2018, presented its new Strategic Plan for the game and voted in two new board directors at its Annual General Meeting held last night.

Calling out key activity for 2018, the annual report highlights the achievements of the new Club Ambassadors program, and the delivery of a comprehensive facilities advocacy and media program that has to-date unlocked approximately $118 million in local facilities funding from government for clubs and communities across the state.

Recently re-elected Football Victoria President, Kimon Taliadoros, said he was thrilled with the newly elected board directors, and what they would each bring to the game, stating “Azmeena is a leading voice for inclusion and social reform in our community, and Harry has been in and around football all his life, and understands the issues facing the game in Victoria as well as anyone.

“I have no doubt Victorian football will benefit from the expertise that both Azmeena and Harry will bring to the Board, as we embark on our 2019-2022 Strategic Plan.”

The Strategic Plan 2019-2022 FootbALLways, shows that off the back of data, participation in the game grew 24% across Victoria last year, making the state the second-highest growth market in the country for the world game. 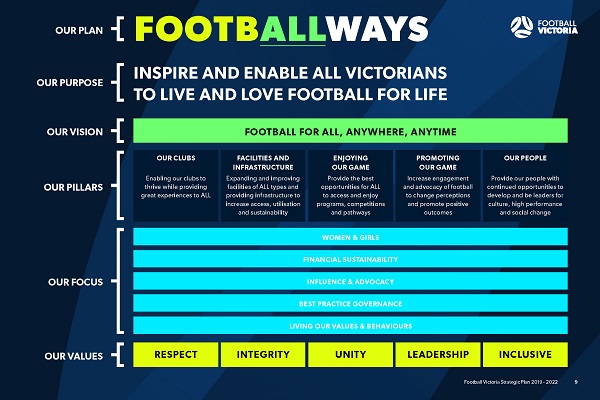 The Strategic Plan includes the ambitious targets of 50/50 gender participation by 2027 and the establishment of 420 new and equivalent full-size pitches across the state to keep up with growing demand for our game and population growth.

The plan is centred around five pillars:

2. Expanding and improving facilities of ALL types and providing infrastructure to increase access, utilisation and sustainability

3. Provide the best opportunities for ALL to access and enjoy programs, competitions and pathways

4. Increase engagement and advocacy of football to change perceptions and promote positive outcomes

5. Provide “our people” with continued opportunities to develop and be leaders for culture, high performance, social change

Football Victoria Chief Executive Peter Filopoulos said the strategic plan is ultimately about uniting, inspiring and enabling Victorians of all backgrounds to live and love football, for life.

He advised “it’s clear the game in Victoria is in great shape. This new four-year strategic plan is designed to ensure that we build on this positive momentum and that, as stewards of the game in Victoria, we put in place the key initiatives that will sustain the game’s growth into the future.” 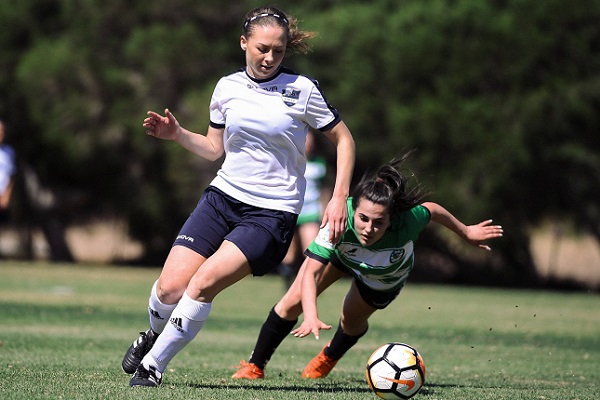 The strategic plan, developed in partnership with consultancy Gemba incorporates around 244 clear actions across Football Victoria’s core areas and operations, and, importantly includes clear success and accountability measures for each area.

Azmeena Hussain is a Principal with Maurice Blackburn Lawyers and graduate of the Australian Institute of Company Directors. She is active in the community sector holding roles with a variety of organisations including InTouch Multicultural Centre against Family Violence, Islamic Museum of Australia, Australian Multicultural Foundation and Youth Activating Youth and is passionate about the role of football as an agent and driver of social change.

Harry Zaitman has more than three decades experience in Victorian football as a player and administrator, including roles as a Football Victoria Zone Representative, Football Committee Member and NPL Review Steering Committee Member.

He has a strong understanding of the issues facing the game and a proven track record of effective football administration.