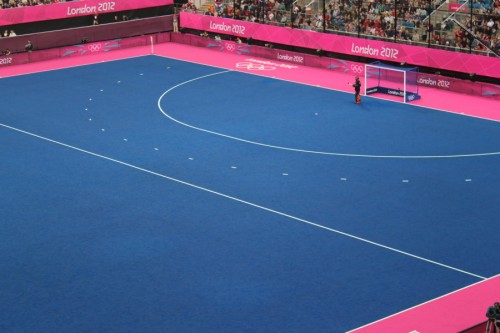 As it continues to grow its Quality Program for Hockey Turf, the International Hockey Federation (FIH) has this week announced the expansion of their Preferred Supplier category to 10 companies.

Following an extensive evaluation process, Act Global, AstroTurf, Edel, FieldTurf, Forbex, CC Grass, Greenfields and Tigerturf (subsidiaries of Tencate Grass), Lano and Polytan have all been approved as FIH Preferred Suppliers until the end of 2019.

By manufacturing hockey turf products and building hockey fields, these companies provide a one-stop approach to the installation of new hockey fields. In addition to meeting all the criteria of FIH Certified Manufacturers and Field Builders, the 10 suppliers have also demonstrated their commitment to working with the FIH to provide high-quality hockey fields suitable for international, national, club and development hockey.

As was the case when the Program launched in 2015, only companies that are able to demonstrate this commitment to hockey are awarded this recognition. As part of the evaluation process, each have shown their desire to support FIH’s Hockey Revolution strategy which aims to make hockey a global game that inspires the next generation. As such, they will work closely with FIH to set industry standards and build the fields needed to grow and sustain the game.

“The fact that seven Preferred Suppliers renewed their licenses and two of the companies have upgraded from Certified Manufacturers suggests that they are seeing real commercial benefits from this initiative.

“FIH remains focused on improving the quality of hockey facilities around the world – that is key to the long-term success of our sport. Last year we introduced international standards aimed at ensuring the sustainability, affordability and accessibility of hockey fields worldwide, key recommendations also outlined in the International Olympic Committee’s Olympic Agenda 2020. This forms an important component of our Hockey Revolution development strategy, fundamental to growing the game.”

FIH Facilities Manager Alastair Cox added “the increase in Preferred Suppliers now gives facility owners a wider choice when selecting a company to provide both turf and installation services. By choosing one of these 10 companies they can ensure that their field will perform correctly, is safe, built to specification and maintains performance. As a result we hope that many more hockey fields will be FIH certified over the coming years across the world.”

The FIH Quality Program is an internationally recognised quality-assurance programme that provides consistent and dependable industry standards for the performance, construction and durability of hockey turf installations worldwide and ensures the appropriate quality for the intended level of play. As a result it will help inspire more people to play hockey, promote player welfare and protect the investment of those funding hockey facilities.

Click here for more information on the FIH’s Quality Program for Hockey Turf.

Image: Polytan was the FIH's preferred surface supplier for the London 2012 (above) and Rio Olympics.