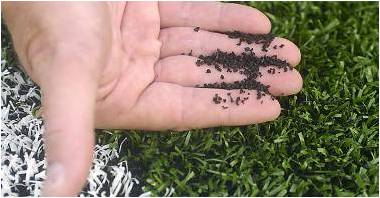 New advice from the European Synthetic Turf Organisation (ESTO) is backing recommendations made by the Smart Connection Consultancy on the use of shock pads for synthetic sports turf surfaces.

Smart Connection Consultancy Managing Director Martin Sheppard has been recommending the use of shock pads for local government and sports who consider the purchase of synthetic sports turf for a number of years now, and Sheppard believes ESTO's new advice confirms its recommendation.

• When a Football Turf (World name for synthetic football field) system is regularly and adequately maintained all systems (with and without shock pad) did retain an acceptable level of performance; and

• Within the range of tested samples we see that the systems containing a high quality shock pad were likely to show less deterioration than the system without a shock pad in cases where the maintenance was not done correctly.”

The members of the ESTO shock pad working group state that they strongly advise that “when there is the smallest doubt the maintenance will not be done at the necessary level, a serious consideration has to be made to use a system with a shock pad and thus to keep the performance at an acceptable level during the lifetime and to eliminate as much as possible safety risks (injuries).”

Sheppard endorses these findings, stating “this provides clarity around the debate on whether shock pads are critical or not.

"We recommend shock pads for projects that have the following playing characteristics:

• The governing body of the sport encourages the use of them, or where the participants could fall from heights such as rugby union and Australian rules football;

• Where there is any chance the maintenance will not completed relative to the amount of usage the field will receive; and

• Where the field is in a public open space and likely to receive excessive and intense usage.”

Smart Connection Consultancy is the leading independent Australian consultancy working with State/Territory and local governments and sport in the planning, management and procurement of synthetic fields.

The Melbourne-based consultancy has established itself as a primary source of information on synthetic sports turf with Sheppard writing the Smart Guide to Synthetic Surfaces (3rd Edition).

In 2014 Smart Connection has provided advice to the majority of synthetic sports fields installations in NSW, Victoria and Western Australia.