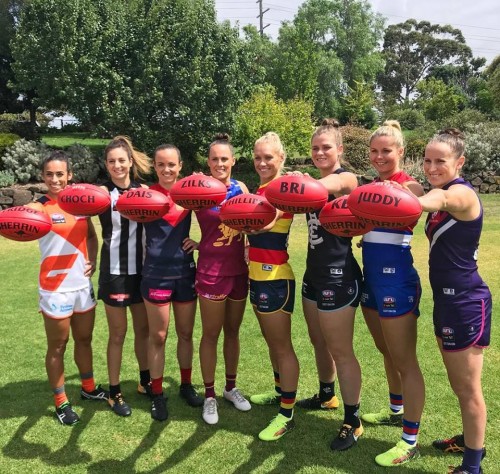 While the AFL Womens competition is set to expand from eight to 10 teams in 2019 - with the addition of North Melbourne and Geelong - stakeholders have expressed concern that next year’s competition will be shortened.

As reported by the ABC, there is a general feeling that the competition should stick with its current system of the clubs playing each other once during the season.

The first two AFLW seasons consisted of seven rounds, beginning in February, with the top two teams on the ladder contesting the grand final.

However, there are reports that the AFL is considering reducing the home-and-away premiership to six rounds, before the finals are held across two weeks.

While maintaining the eight-week window in which the AFLW has already been contested in its first two seasons, Melbourne captain Daisy Pearce, the face of the AFLW since it was established, suggested such a format would result in a "gimmicky tournament".

Pearce’s sentiment is backed by high-profile AFLW player Lauren Arnell who told ABC Grandstand “the strong feedback, not only from social media but obviously Daisy's comments as well, and other players is pretty strong.”

Arnell, who will play for Brisbane next season after being an AFLW foundation player with Carlton, says the competition is balanced better when the clubs play each other at least once.

She added "at least we knew playing each other once.

"So when you do have such a short season … you at least take from that and say 'Well, we've had a good crack at each team'.

"I think with six games … the comments Daisy has made is the general consensus across all the players."

AFL Chief Executive Gillon McLachlan says no decision has been made about the AFLW fixtures for next season, while describing the competition as a "huge priority" for the league.

The fixture list is set to be released in late October.

Image: Teams at the launch of 2018 AFL Womens' season.