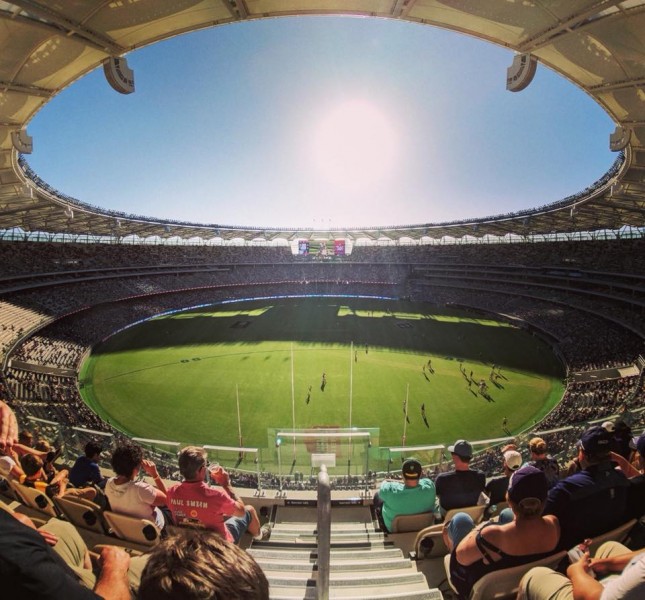 Perth’s new Optus Stadium has hosted a record crowd for an AFL Women’s fixture, welcoming 41,975 for yesterday’s clash between Fremantle and Collingwood.

The largest crowd for AFLW since it fist kicked off in February last year, the figure broke an 89-year-old record for women's Aussie rules - adding to the young league’s long list of successes.

It has also emerged that management at Optus Stadium have shelved plans to introduce a roof climb attraction due to difficulties surrounding disabled access with such a feature.

Considering whether to emulate the successful roof climb attraction at the Adelaide Oval, it had been suggested that a roof climb would be an attractive use of the venue on days when it is not hosting sport or music events.

However, due to operators being unable to guarantee that the climb would be usable for people of all abilities, the project will not progress any further.

An Optus Stadium spokeswoman told The West Australian “this idea did not proceed to a firm proposal as preliminary advice indicated it would be a difficult option to establish if the stadium was to maintain its commitment to ensuring the stadium catered for everyone, regardless of age, experience or ability.

“While the design of Optus Stadium does not currently include a fully accessible roof walk, the roof structure does contain a series of gantries, walkways and access points for maintenance purposes, which could be adapted into a rooftop walk in the future.

“Any future feasibility study would need to include consideration of access for people with mobility issues.”

Tourism Council of Western Australia Executive Director Evan Hall was disappointed by the decision not to proceed with the project, advising “some attractions, by their very nature, are not suitable for everyone but this doesn’t mean they should be prevented from going ahead.”