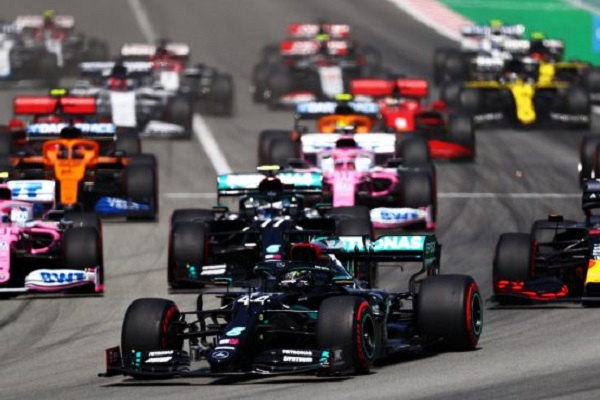 With its calendar disrupted by the Coronavirus pandemic and all races across eastern Asia and the Americas cancelled, Formula 1 has announced the addition of four further races to its revised 2020 schedule, taking the total number to 17.

The Turkish Grand Prix will go ahead in Istanbul on the weekend of 13th to 15th November, before the circuit moves to the Arabian Gulf with races in Bahrain on two consecutive weekends - the first, the Bahrain Grand Prix, will run from 27th to 29th November followed by the first ever the Sakhir Grand Prix from 4th to 6th December.

Abu Dhabi, which has held the concluding race of each F1 season since 2014, will once again host the season-ending Grand Prix at the Yas Marina Circuit, on the weekend of 11th to 13th December.

F1 also confirmed that no Chinese Grand Prix would be held this year while advising that it hopes to welcome “a limited number of fans” to each remaining race this season, including in corporate hospitality.

The body also advised that it is working closely with its local promoters in each country to ensure safe access to circuits for those allowed entry.

The F1 season was significantly delayed by the Covid-19 pandemic and ultimately got underway in July rather than March, initially scheduling 13 grands prix out of an originally planned 21.

Eventually, 13 races, including the inaugural Vietnamese Grand Prix and the first Dutch Grand Prix in 25 years, were dropped from the 2020 calendar due to the pandemic. To supplement the season, the UK held two Grands Prix, while Italy will host a total of three races.

The staging of the Turkish Grand Prix at Istanbul Park will see Turkey host a Grand Prix for the first time since 2011 this year.

Advising of the revised race calendar, F1 Chief Executive, Chase Carey stated “this year has presented Formula 1 and the world with an unprecedented challenge and we want to pay tribute to everyone across Formula 1, the FIA, the teams, and our partners who have made this possible.

“While we are all disappointed that we have not been able to return to some of our planned races this year we are confident our season has started well and will continue to deliver plenty of excitement with traditional, as well as new, races that will entertain all our fans.”

Last week, F1 announced that all 10 teams had agreed to its new Concorde Agreement, which will run until 2025.

The Concorde Agreement is the contract which divides up the commercial revenues of the motor racing series, including media and sponsorship rights, along with specifying technical regulations.

All teams receive a fixed payment each year, with additional payments linked to their final placing in the constructors’ championship.