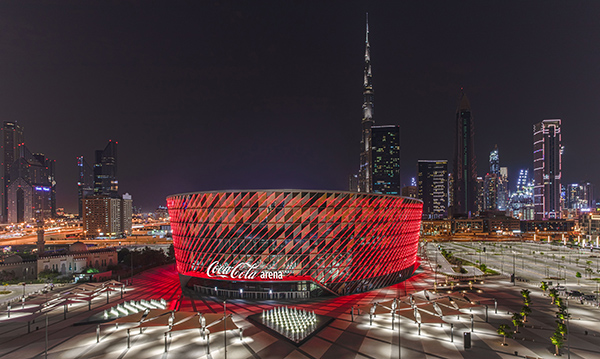 The active-lit façade that wraps the entire exterior of Coca-Cola Arena is made of 4,600 LED’s and can change colour or pattern at the touch of a button to reflect an event, celebration or commemorative occasion. Specifically designed with sustainability at the core, the LED lighting design is low on electrical costs whilst providing astonishing effects. Normally lit red, to recognise the venue’s name, Coca-Cola Arena is a beacon of live entertainment in its City Walk by Meraas location.

The recognition comes less than six months after the Arena’s opening in June 2019 when comedian Russell Peters and rockers, Maroon 5 played gigs in the same week.

Welcoming the recognition, Coca-Cola Arena Chief Executive, Guy Ngata noted “Coca-Cola Arena’s façade is a tremendous culmination of a lot of people’s vision, design and implementation and provides an experience that places Coca-Cola Arena on the map for live entertainment venues.

“Dubai has many eye catching buildings and Coca-Cola Arena’s façade lighting system certainly places the venue in that same category.” 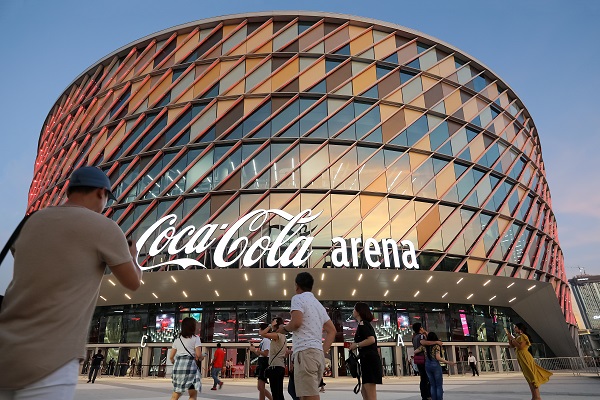 With a capacity of 17,000 but fully flexible to meet the demands of any scaled event taking place, Coca-Cola Arena has hosted a wide variety of shows and events in its short history. From sell-out concerts to gala dinners the arena has extended Dubai’s live event season as it is able to continue shows though the hot summer months.

Changing the landscape for live entertainment in the region, Coca-Cola Arena is owned by Dubai-based holding company Meraas and operated by ASM Global. It is the Middle East’s first ever indoor multipurpose arena.