Dohnt and Hassall named Venue Professionals of the Year 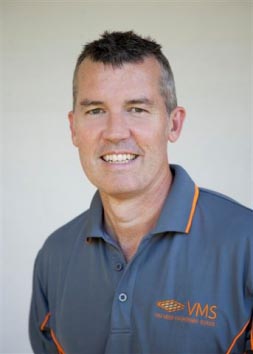 The Venue Management Association (Asia and Pacific) [VMA] has announced that its 2011 Venue Professional of the Year Awards have been presented to:

The awards were made at the recent Asia Pacific Venue Industry Congress, held in the NSW Hunter Valley.

Trevor Dohnt has been recognised for his outstanding leadership at all levels of the venue industry, including:

• The driving force behind the recent development and implementation of a computer based performance management system for event casual staff at the MCG, believed to be one of the only systems of its kind in the industry;
• Heading up the MCG events team , responsible for servicing the needs of 3.1 million patrons in the AFL season alone - including 194,000 in the two weeks of the 2010 AFL Grand Final and subsequent replay;
• The ongoing leadership as Chair of the Committee for the VMA's flagship Venue Management School.

Dean Hassall has been recognised for his outstanding contributions to the venue industry, including

• Most recently, successful provision of high-level venue management consultancy services to Stadiums Queensland, Willoughby City Council, Moreton Bay Council, the South Australian Cricket Association and Jacobsen Venue Management;
• Significant roles in the development of new facilities across Australia including the Queensland State Tennis Centre, the upgrade of Dairy Farmers Stadium, the Australian Cricket Centre of Excellence, The Concourse, Tallebudgera and Hibiscus Gardens Sports Centres and Queensland Academy of Sport;
• Concurrent roles as a VMA Councillor, member of the Venue Management School Committee and lecturer at the School for the last 10 years.

A statement from the VMA read "the VMA Council congratulates Trevor and Dean and thanks them for their continuing and outstanding contributions to the venue industry and more specifically to the VMA."