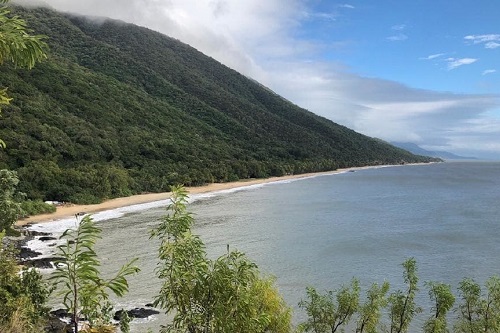 Designers of the $21 million Wangetti Trail have identified “an amazing array of vistas and sites of interest” after recently walking the route - which stretches 76 kilometres north of Cairns - for the first time.

They include the Spring Creek waterfall and a lookout overlooking Ellis Beach.

Member for Cook Cynthia Lui said the designers from World Trail had completed a full walk-through of the proposed track.

She said the Cairns-based trail design company had been contracted with inspecting the proposed track alignment, commenting “already, they’ve identified an amazing array of vistas and sites of interest to attract new tourists to the region.

“This is a project that we expect will generate around $300 million over the next 30 years and will create 150 jobs once it’s operational.

“The Yirrganydji people and other Traditional Owner groups are being engaged and are providing advice on cultural matters to ensure that cultural heritage will be protected and celebrated.

“We’re also looking to ensure that the indigenous owners share in the ongoing economic benefits that will flow from the Trail’s operations.”

The milestone comes after Queensland Tourism Industry Development Minister Kate Jones revealed in May the Queensland Government would fund the $950,000 detailed design and business case for the hiking and mountain bike trail between Palm Cove and Port Douglas.

Minister Jones stated “ecotourism opportunities in and around national parks will play a significant role in diversifying our tourism product mix and improving our market share of the emerging ecotourism sector.

“It makes sense for us to invest in ecotourism to make the most of Queensland’s natural beauty.”

Image: A potential lookout location above Ellis Beach as part of the new million Wangetti Trail. Courtesy of World Trail.