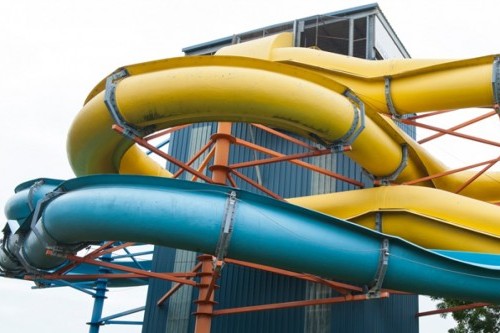 The recent demolition of the waterslide tower at Geelong’s Waterworld Leisure Centre marks a highly visible step in the development of City of Greater Geelong’s $61.6 million Northern Arts, Recreation and Community (ARC) Health and Wellbeing Hub.

Building of the precinct, which will also be home to the Victorian Government-funded Barwon Health North facility, is set to get underway later this year.

The $33 million health centre will include an urgent care centre, medical imaging, pathology, pharmacy, consulting suites and renal dialysis services and is scheduled to be treating patients by mid-2019. 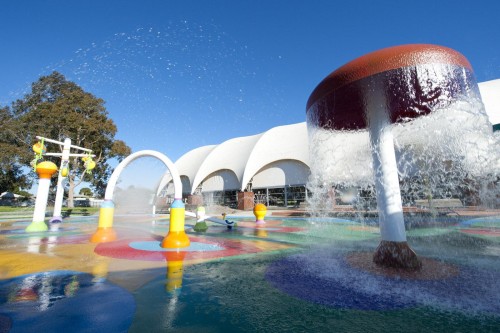 Being built on the site of Waterworld and the adjacent Centenary Hall, the Northern ARC Health and Wellbeing Hub will provide a contemporary, integrated community health and wellbeing facility that will include a 25 metre pool, hydrotherapy pool, learn-to-swim, gymnasium, a multipurpose community space, consulting suites, car parking and minor upgrades to the Corio Library.

The business case, written by Deloitte, outlines the benefits over 10 years as $111 million of preventative health benefits to the community, $23 million total revenue benefits and 600,000 annual visitations - double the current level.

Economic modelling done by City of Greater Geelong estimates that construction of Northern ARC could directly and indirectly support up to 111 local jobs and inject $67 million revenue into the local economy. 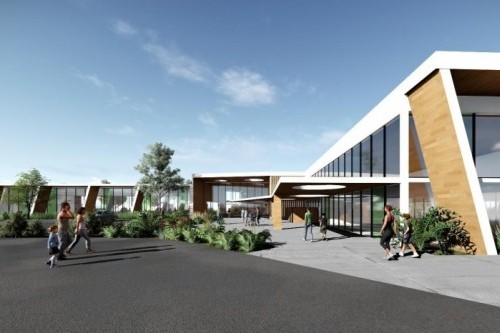 With studies showing that residents of northern Geelong have poorer health outcomes compared to others across Geelong as well as compared to the Victorian average, the collocated facilities will present a huge boost for the northern suburbs and is in line with the recently released social equity principles designed to address the current socio-economic imbalance in Greater Geelong.

Images: The now demolished waterslides at Geelong’s Waterworld Leisure Centre (top), the facility's splash pad (middle) and an artist's impression of the Northern ARC Health and Wellbeing Hub (below).