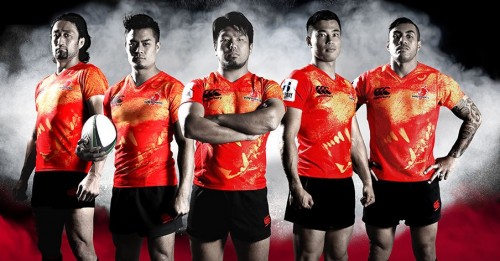 The maiden Super Rugby win by Japan's Sunwolves last Saturday (23rd April) showed that the expansion of the competition is making some progress on the field.

The Tokyo-based franchise, one of three debutants in the expanded Super Rugby competition, were always expected to toil in the world's toughest provincial rugby championship. However, the onfield success of the hastily compiled squad parallels steady growth off the field.

Spliting their eight home matches between Japan and Singapore during the season, the Sunwolves will be playing five home games at the 27,000 capacity Chichibunomiya Rugby Stadium in Tokyo and three at the 55,000 capacity National Stadium in the Singapore Sports Hub.

Crowds for their home games in Tokyo have varied between a healthy 19,814 for their first run out, 16,444 for their round four game and 14,940 for last Saturday’s win.

However, crowds in Singapore have been less encouraging with 8,808 attending the first game in round three and 7,971 in round five. Significantly, the small crowds for the first anchor tenant in the National Stadium has not been debated or reported in the Singapore or rugby press.

Super Rugby's expansion into Asian and Latin American markets has enormous significance for the globalisation of rugby but is likely to be a long term project.

Overall, after nine of the competition’s 17 rounds, the expansion sides have each managed just a single win and have been subjected to some humiliating losses.