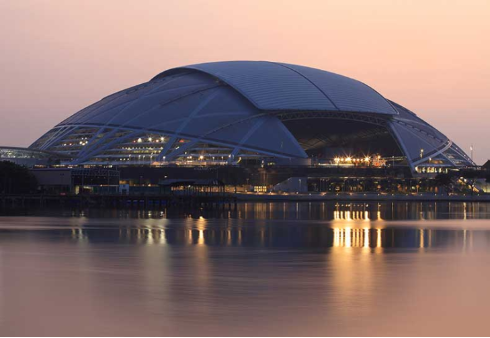 With Super Rugby set to make its debut in Singapore debut Saturday, Singapore Sports Hub officials have advised that while the National Stadium’s playing surface is "not perfect", it is ready for rugby competition.

Singapore Sports Hub Chief Operating Officer Hub Oon Jin Teik has advised that the playing surface, which was slammed by visiting football teams before undergoing a revamp last year, was "extremely playable" ahead of the clash between Japanese newcomers Sunwolves and the Cheetahs from South Africa.

Just days after a Madonna concert at the venue, the Sunwolves will be hosting one of three ‘home’ fixtures in Singapore as rugby continues its bid for Asian fans, especially in the build-up to the 2019 Rugby World Cup in Japan.

Oon told AFP “because this stadium is multi-use and multi-purpose, it will undoubtedly be exposed to all the possible hazards.

"We have that assurance right now that we have a team of professionals working on it."

Oon added it was "extremely safe and extremely playable" before cautioning “but, it’s not perfect."

The Sunwolves have made the nearly eight-hour trip from Tokyo to face the Cheetahs, who have flown 11 hours from Bloemfontein.

Singapore will also host a leg of the world sevens series next month in the retractable-roofed 55,000-seat venue.

Shortly after opening in 2014, the newly laid playing surface attracted considerable criticism from visiting football teams such as Italian heavyweights Juventus and five-time FIFA World Cup winners Brazil, whose coach Dunga complained that "most of it is sand" and warned it could injure his players.

In late 2014, a match pitting the Maori All Blacks against Asia Pacific Dragons was also scrapped over the poor state of the playing surface. 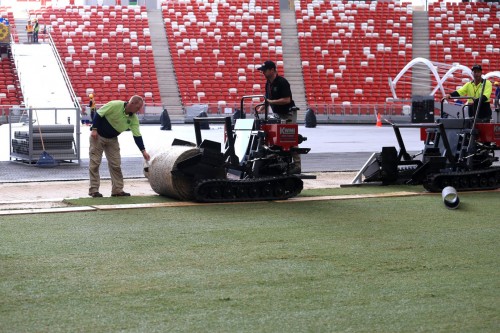 A brand new pitch was unveiled just in time for the 28th South East Asian Games, which kicked off in June 2015.

The new surface is now managed by HG Sports Turf which supplies turf to venues such as Melbourne's Etihad Stadium and Forsyth Barr Stadium in Dunedin, as well as events including the 2003 and 2011 Rugby World Cups.

Brendan Morris, Operation Manager for Super Rugby organisers SANZAR, expressed his confidence that the "world-class facility" will live up to expectations.

Morris told the AFP "I think it has been well documented, the troubles that the pitch has had.

"We've been conscious in the background that a first-class surface will be provided and it's been guaranteed by the Sports Hub."

"The pitch looks in pretty reasonable condition, the big test will be Saturday night, but things look pretty good at the moment."

Commenting on concerns over temperatures in the venue, Morris concluded “player welfare is a major concern in everything we do.

Images: The Singapore Sports Hub (top) and new turf being installed at the venue in the middle of last year (below).