Uncertainty over entry of Japanese club into 2016 Super Rugby competition 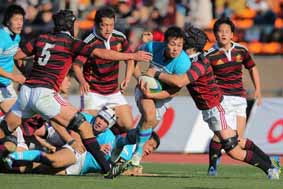 Emergency plans for a 2016 Super Rugby competition without a team from Japan have been reportedly been drafted by SANZAR amid uncertainty over the introduction and progress of the new Japanese franchise.

According to a report in Sydney newspaper The Daily Telegraph, player recruitment for the new Super Rugby team has been slow and it has been confirmed that Japan national coach Eddie Jones will step down from his role after the upcoming Rugby World Cup, and that he will not coach the new franchise.

Beating off a rival bid from Singapore, Japan was announced last year as one of three new sides to next year join an expanded 18-team Super Rugby competition, along with a team from Argentina and a sixth South African franchise.

However, just six months away from the 2016 competition, the new Japan ese team has signed only two players.

With Japan’s commitment to global rugby under question following its recent announcement that the new Japan National Stadium in Tokyo will not be complete for the 2019 Rugby World Cup, SANZAR (the governing body for Super Rugby) have reportedly developed a contingency plan that delayes the inclusion of an Asian side in the competition.

The Daily Telegraph reported that alternative Super Rugby competition models - one with 17 teams and another with 16 teams that only adds Argentina - have been drawn up and SANZAR’s broadcast partners are open to the concepts.

There has even been been discussion of sourcing a different 18th team other than Japan.

Japan’s problems boil down to the Japan Rugby Football Union’s inability to sign players, most of whom are members of the Japanese national team.

Japanese sporting officials are also testing the patience of the International Olympic Committee (IOC) with Japan’s Olympics Minister Toshiaki Endo saying that he cannot guarantee that organisers of Tokyo’s Olympic Games will be able to meet the IOC’s demand that the city’s new National Stadium is delivered by January 2020.

Minister Endo, along with Tokyo 2020 President Yoshiro Mori, met earlier this week with IOC Vice-President John Coates, the head of the Coordination Commission for the 2020 Games. Japanese news agency Kyodo News said Coates asked Minister Endo to have the stadium ready by January 2020 so the organising committee would have enough time to stage test events before the Games open in August.

However, Minister Endo advised that the Stadium would not be ready until April 2020 “on a very tight schedule”, adding “we can ask the contractors to push it, but we have no idea if it's doable.

“Securing the materials, the workers and technicians is difficult so we can't shorten the schedule easily.” 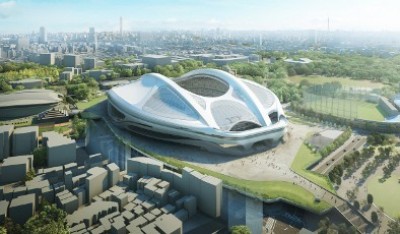 The Japanese Government this month approved revised guidelines for the new National Stadium, pledging to develop an athlete-friendly venue as cost-effectively as possible. While not including any revised cost estimates or limits, the news came after Olympic organisers last month scrapped the chosen design by Zaha Hadid Architects amid concerns over spiralling costs for the venue that was intended to serve as the centrepiece for both the 2020 summer Games and 2019 Rugby World Cup.

World Rugby this month gave itself a one-month window to reschedule matches at its 2019 Rugby World Cup after the National Stadium project was taken back to the drawing board.

The decision left World Rugby without a venue for the 2019 Rugby World Cup final and a number of matches earlier in the tournament.

Yokohama’s International Stadium - venue for the 2002 FIFA World Cup final, has a capacity of 72,000 and is considered the most likely alternative host of the 2019 World Cup’s showpiece games.