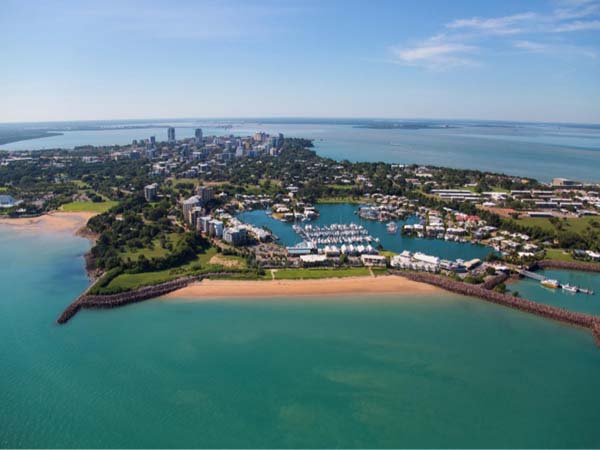 The City of Darwin is to commence a consultation on the potential development of a landmark 'Big Thing' or 'Small Thing'.

As a growing world-wide trend, landmarks are considered to be a great asset for the local community which add to the atmosphere and culture of a city. Presenting the opportunity to be recognised nationally and internationally, landmarks also link with Australia's tradition of 'Big Things'.

Introducing the consultation, a City of Darwin statement advises "famed landmarks can become a must-do social media moment for locals and tourists, with the images being shared around the world.

"As more people turn to social media for their travel inspiration this becomes a powerful way to promote the city and attract visitors."

Lord Mayor Kon Vatskalis has asked the Darwin community to be part of the decision making for this project, noting "many cities have an iconic landmark – such as MONA in Hobart, the Lighthouse at Byron Bay and the Sydney Opera House – and they play an enormous role in driving tourism.

“Iconic landmarks don’t have to be enormous or cost millions of dollars, but they do need to reflect the city, its history and its people.

“I invite the community to be part of this consultation, to have their say on a landmark that reflects our unique lifestyle and is something both locals and visitors will love.“

Alderman Cullen said “I want Darwin to showcase its natural beauty of blue water and picturesque sunsets through a structure that will stand up to national and international comparison.”

Consultation will be open from 8th July to 4th August and will be conducted through City of Darwin’s website and also provided in person at the Darwin Live Arts Hub in the Smith Street Mall.

For more information go to https://engage.darwin.nt.gov.au/landmark