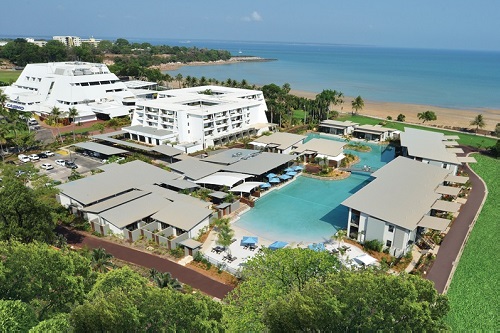 Darwin's SkyCity Casino and resort has been sold to global hospitality company Delaware North for $188 million.

The acquisition by the US-based casinos, gambling and hospitality group, which is subject to the approval of the Northern Territory Attorney General, brings to an end the SkyCity Entertainment Group’s 14 year ownership of the property

SkyCity Entertainment confirmed it had signed an agreement to sell the Darwin business it has owned for 14 years to the New York-based company.

The 152-room hotel and resort is Darwin’s only with a five-star rating.

Commenting on the acquisition, Delaware North co-Chief Executive Lou Jacobs stated “Australia has been a second home for Delaware North for 30 years (so) we are thrilled to have grown our business into a diversity of operations across the country, which has been possible because of our incredibly talented and diverse workforce of more than 10,000 people.”

The deal excludes the beachfront Little Mindil site which it will sell separately.

Earlier this year the Australian Financial Review reported the casino complex could be worth between $200 and $250 million while New Zealand-based SkyCity is believed to have paid $195 million for the complex in 2004.

SkyCity Chief Executive Graeme Stephens said the sale "is a good outcome for SkyCity, the resort's staff, and the city of Darwin".

He said while the resort has been performing better financially over the past 12 months, SkyCity's future strategy had the company looking closer to its New Zealand home base and its expanding casino facilities in Adelaide.

"They are a highly respected and well-established hospitality and gaming company and I'm very comfortable handing over the business we have built up over the past 14 years to an operator of this calibre.''

He said all the company's 650 staff will be retained once the change of ownership takes effect.

It also provides the food services at a range of venues and events, including the Darwin Airport, the Australian Open tennis tournament, the Sydney Cricket Ground and Marvel Stadium in Melbourne.

Its US interests include 12 casinos.