ClassPass set to launch in Australia 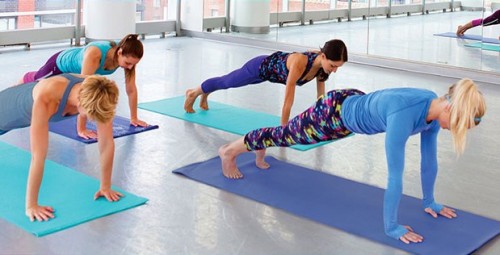 US-based gym use pass phenomena ClassPass is to expand into the Australian market.

Created in New York in 2013, ClassPass operates in more than 30 cities in the USA and Canada and, having created more than 4.5 million gym studio reservations, it is currently valued at more than US$400 million.

At the end of last year it swallowed up competitor FitMob and, as it looks to expand its model is currently recruiting a Regional General Manager position to manage its Australian operations.

ClassPass allows exercisers unlimited casual access to classes at a range of fitness locations instead of being locked in to one gym or studio, with the caveat that they can visit the same studio no more than three times per month.

Charging $US99 (A$140) a month in the USA, it purchases discounted/wholesale inventory from gyms and studios and then sells a re-bundled subscription to that inventory, which has proven to be highly successful.

Its success has already led to the creation of similar businesses across Australia and Asia with BodyPass, ClassHopper, AnyPass and Fitness Calendar launched in Australia and ClassCruiser, KFit, GuavaPass and Passport Asia operating in markets including Hong Kong and Singapore.

Each of these competitors began operating this year, while Medibank’s GymBetter scheme also operates with a similar model of providing casual access to classes.

ClassPass co-founder and Chief Executive Payal Kadakia recently explained that it was her passion for dance which gave her the idea for ClassPass.

“But I realised as I was getting older it was getting harder to stay connected to something I loved and I looked around and I saw so many friends that fell out of things that they loved.”

“That’s really what helped me come up with the idea of ClassPass.

“It was basically a discovery platform for fitness classes with a mission for connecting people and connecting them through things that are active.”

IBISWorld Senior Industry Analyst David Whytcross says the casual gym pass concept is an interesting one which may appeal to customers who are shopping around for a regular studio to join.

Whytcross suggests that the prices of pay-as-you-go and subscription gym use passes “provides a cost-effective means of (gym access, with prices) significantly lower than casual sessions or typical monthly membership fees.”

In the increasingly diverse and competitive Australian fitness market, pay as you go and subscription gym use passes are enormously attractive for consumers offering flexibility and potentially lower cost fitness.