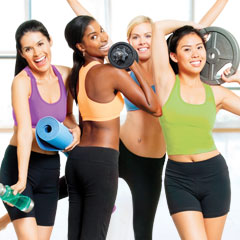 GymBetter, Medibank’s no contract, pay as you go gym usage pass, has expanded its network of partners with YMCA and Fernwood gyms having recently joined the initiative.

However, while welcoming the new partners, Medibank has also advised that Fitness First gyms left the network on 1st June.

Commenting on Fernwood Fitness and YMCA joining GymBetter, Medibank’s Chief Operating Officer, David Koczkar stated “GymBetter has been a resounding success since it launched five months ago, with tens of thousands of users already registered and many more signing up.

“With two exciting new gym companies on board, adding over 170 new facilities to the network, we’re delighted to make this service even more accessible to all.”

The inclusion of YMCA and Fernwood means that GymBetter is now accessible to an even broader range of participants, as YMCA gyms are open to young people aged between 16 and 18 years, while Fernwood is Australia’s leading a female-only gym chain. 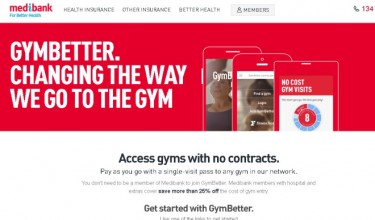 Koczkar added “better health really is for all, so we are pleased that, through our partnership with YMCA, we can now offer GymBetter to young people.

“We were also getting feedback from many female participants that they wanted to be able to use a female-only gym. The whole point of GymBetter is to remove perceived barriers to fitness, so we have listened to that feedback and are proud to announce our partnership with Fernwood.”

GymBetter, which launched in January 2015, provides Australians with access to some of the country’s top gyms, with no joining fees or contracts.

The cost of a visit is $8.50 for Medibank members with both hospital and extras cover, and $11.95 for non-members. Participants only ever pay for what they use, and for those purchasing eight passes in a calendar month, any subsequent visits are free – meaning exercisers can have a no-contract gym membership for $95.60 a month, or $68 if they are Medibank members.

Participants can register for GymBetter through Apple phones and, more recently, Android devices.

With Fitness First having left the GymBetter network, participants who previously used a Fitness First gym through GymBetter have been encouraged to visit the app and locate their nearest alternative gym within the network.

GymBetter was profiled in the May/June 2015 issue of Australasian Leisure Management.