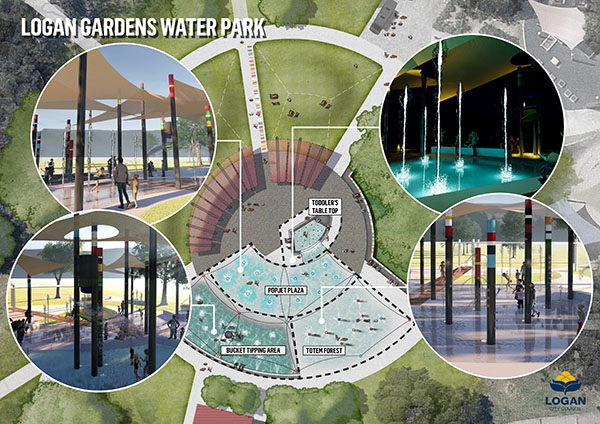 City of Logan has unveiled plans for a $3.3 million aquatic playground at Logan Gardens which will include four differently themed play areas, including a bucket-tipping pond, a totem spray forest, a pop-jet plaza and a toddlers’ section.

Preliminary works will start next week with the installation to also include shade sails, seating, lawn picnic spaces and additional shade areas.

The site for the new aquatic playground is adjacent to the existing playground at Logan Gardens which also has existing barbecue facilities, parking and is close to public transport.

Temporary fencing will be erected on Monday 1st July to allow construction to commence.
Temporary public toilets will be provided as the existing toilet block will be closed during the construction period. 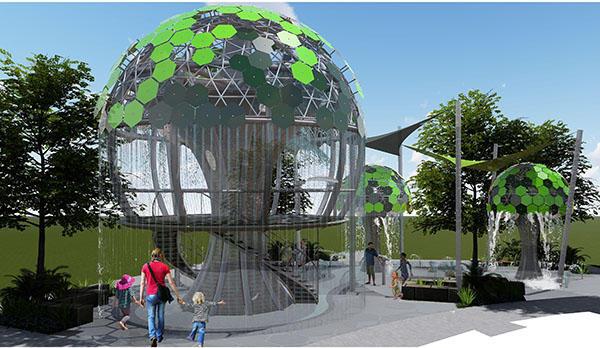 Meanwhile, construction work is continuing on the $3.2 million water play area in Flagstone Regional Park which is being built in a joint venture with developer Peet.

The Greater Flagstone facility features a 10-metre high treehouse-style structure with water features, two smaller tree-shaped waterfalls and a watercourse through the play area with jets and blasters.

There are also shade structures, tables, seating and umbrellas and it is situated alongside an innovative skate plaza, community playground and dog park.

Logan City Council Community Services Director Katie Barton-Harvey said both water parks were scheduled to be completed and operating by the end of the year, weather permitting. 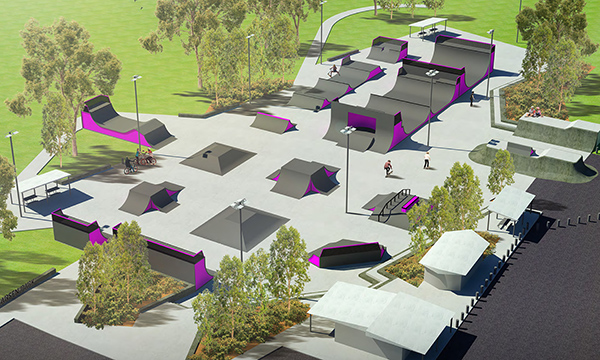 The two water play areas are on top of Council’s $3.1 million redevelopment of the Doug Larsen Park BMX freestyle facility now underway at Beenleigh and the advanced planning for an Olympic-standard whitewater park facility at a Logan site yet to be finalised.