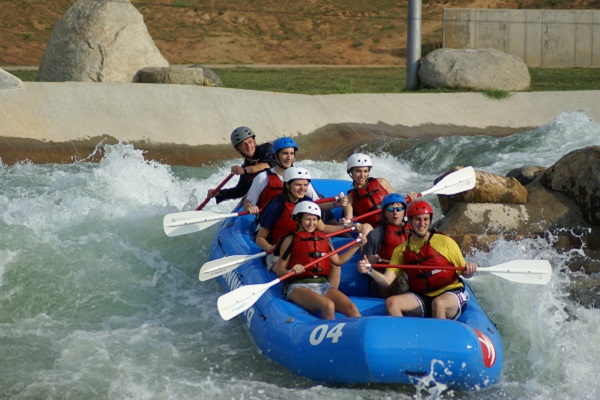 Logan City Council has advanced plans to build an Olympic-standard whitewater park in the city with an economic feasibility study and site selections to be completed in the coming weeks.

The proposed whitewater park, which has been earmarked by the Council as key to its tourism planning and with potential to establish the city as a major sporting and recreation hub, would be a Queensland-first and one of only two in Australia.

Shipley’s business, S2o Design, is a design and engineering company behind the construction of successful whitewater parks around the world.

The proposed park would meet Olympic-standard criteria and would be ready for use should the South-East Queensland bid for the 2032 Games be launched.

Logan City Council interim Administrator Tamara O’Shea said such a unique facility for the state could act as catalyst for more tourism opportunities in Logan.

O’Shea stated "this is an exciting project for Logan, something completely different to any other tourism attraction in the south-east.

“I’ve been very impressed with the planning so far and it would be tremendous for this project to go from the drawing board to reality.”

Council began investigating the possibility of a whitewater park in 2016 and last year it was identified as one of four ‘tourism game changers’ in its Logan Destination Management Plan 2018-2022.

Other key projects identified in the Destination Management Plan include a branded hotel or serviced apartment complex, a destination holiday park and a riverine discovery centre.

A $3.1 million rebuild of Doug Larsen Park will give Logan what Cycling Australia has rated will be Australia’s premier BMX freestyle facility ahead of the sport’s debut at the Tokyo 2020 Olympics.

In a community-driven effort, Logan-raised BMX freestyle 2017 world champion Logan Martin helped design the BMX course and skate-park half-pipes along with representatives from Cycling Australia and the local BMX and skateboarding communities.