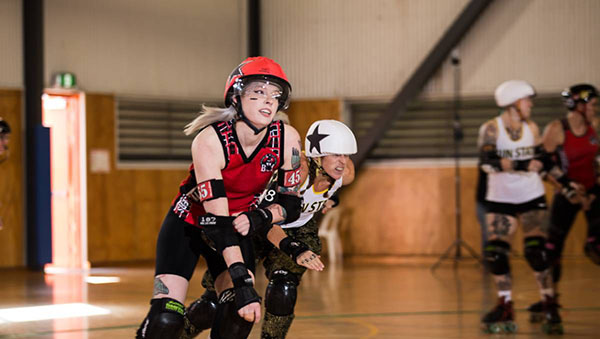 Three days of Roller Derby action will be held at Mount Warren Park Sports Centre for the Royal Rumble Roller Derby Tournament 2019. The tournament, from 8th to 10th June will be the first of two national roller derby events the centre will host this year.

The National Roller Derby Championships will be held from 8th to 10th November, also as part of Logan City Council’s Events Attraction Strategy to position the city as a specialist sporting and cultural event destination.

Roller derby is a contact sport played on a circular skating rink, with the aim of the sport for the jammer to score points by lapping three opposition blockers and a pivot. Spectators are just metres from the fast-paced action.

Roller derby was founded in the United States. Since its inception in Australia in 2007, it has become one of the country’s fastest-growing sports.

The City of Logan tournament has attracted some of the best skaters in the Asia-Pacific region. It will feature 22 teams of up to 14 players each from around Australia and New Zealand.

There will be 33 games held over the three days.

More information is available at loganleisurecentres.com.au/whats-on

Image: Rocketmaam from Brisbane City Rollers will be among the action at the Royal Rumble Roller Derby Tournament 2019 at Mount Warren Park Sports Centre.