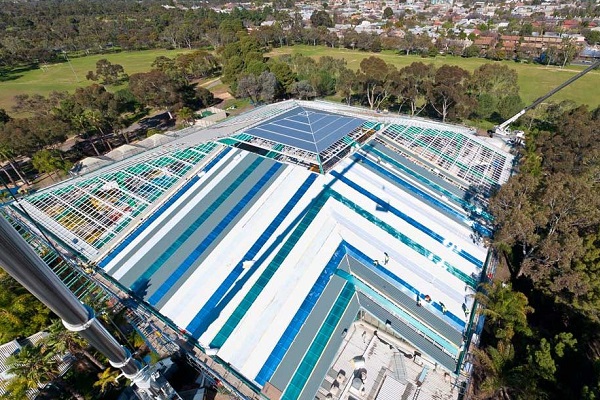 Adelaide City Councillors have agreed in confidence to progress the Adelaide Crows’ push to establish a sports and community centre at the ageing Adelaide Aquatic Centre site in the city’s north parklands.

As reported by the Adelaide Advertiser, the Council secretly agreed to advance to the second stage of the Adelaide Football Club’s $60 million proposal at meeting on Tuesday night.

The Council will now looks at whether the proposal is legally, technically and financially feasible, as well as how it would deliver the best outcome for council.

The Advertiser has previously reported the Adelaide Crows want to establish a $60 million home - with offices, gym, indoor-training facilities and clubrooms - at the Adelaide Aquatic Centre.

The Crows currently train at West Lakes - where the club has been based since forming in late 1990.

The Federal Government pledged $15 million to the club to support its move to the North Adelaide site as part of its recent budget.

The proposed redevelopment includes removing the dive tower and re-fashioning the 5-metre-deep dive pool into a 2-metre-deep, regular swimming pool, at an estimated cost of $800,000.

Broken tiles in the dive pool regularly cause customers minor injuries, according to the working document.

With no decision not yet made on the redevelopment, a Council spokesperson told Australasian Leisure Management “while the Centre can continue to operate indefinitely at its current levels of service, its infrastructure is aging. There are several maintenance and modernisation issues that will require significant investment by ratepayers in the future. The centre also operates at a loss. These issues and the future direction for the facility will need to be considered by Councillors as part of ongoing discussions with administration.

“Following the opening of the State Aquatic Centre at Marion in 2011, our centre in North Adelaide has evolved from an elite training and competition venue into a predominantly recreational facility. Today, the Centre services approximately 700,000 visitors annually, delivering swim school lessons, recreational activities and therapeutic services that all contribute positively to our community’s health and wellbeing.

“While the Aquatic Centre requires some major refurbishments over the next few years, the cost to ‘fix’ it is difficult to quantify given the broad scope of potential works that could be undertaken. The future uses and scope of the centre will need to be considered by Council and we’ll also regularly seek extensive community input as discussions about the centre’s future continue.”

Image: The replacement of the Adelaide Aquatic Centre's roof in 2011.