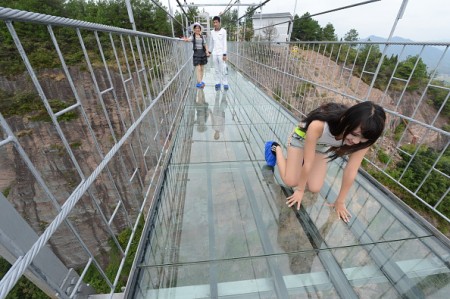 A new Report shows that Chinese tourists are spending less on luxury items and other consumer goods and more on culture and experience-based retail activities such as food and entertainment.

With implications for the tourism and retail operators across Asia, the new research from CBRE shows that 135 million Chinese took an overseas holiday in 2016 – accounting for more than 11% of total international tourist traffic and 20% of expenditure.

CBRE cites research showing shopping no longer ranked at the top of Chinese tourists’ agenda with many respondents indicating they plan to spend more time and money on dining, sightseeing and entertainment.

The reduced spending on shopping for luxury goods is primarily due to improved availability of goods in their own market with the strong presence of many international retailers in China and the availability of such goods online.

Chinese tourists’ spending has also been impacted by geopolitical factors such as protests against parallel trading in Hong Kong and tension between China and Taiwan and South Korea; exchange rate fluctuations; and the fact that Chinese consumers are becoming more savvy and sophisticated, aided by online reviews and social media posts.

CBRE says that in an already competitive retail environment, operators must refine their products and services if they are to stay relevant and attract Chinese tourists.