Centennial Parklands awarded for driving towards a digital future 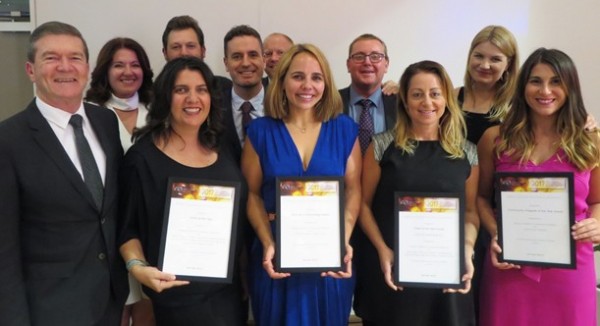 Centennial Parklands has been recognised for leading the way in creating on-demand, high-quality content to meet the ever-changing needs of its visitors and online audiences.

Its work in this area won the Best Use of Technology Award at Parks and Leisure Australia’s 2017 NSW & ACT Regional Awards of Excellence on 18th May.

Having won a Regional award, the Parklands now progress to the Awards of Excellence Gala Dinner, which will be held in October during the Parks and Leisure Australia National Conference on the Gold Coast.

Over the past 18 months the Parklands have invested in cost-effective and on-demand information services, including improved website experiences and the development of a fully-integrated online booking system to improve visitor and facility booking capabilities.

• An improved visitor smartphone app, multiple social media channels and highly-visited blog
• A digital touchscreen kiosk at one of Centennial Park’s most frequently visited areas (Fearnley Grounds)
• A Nature and Wildlife-themed self-guided tour app
• A self-guided history tour app with audio commentary and historic footage to take visitors through the rich history of ‘The People’s Park’.

Commenting on the initiatives that led to the receipt of the Awards, Antonia Sherry, Marketing Manager for Centennial Parklands stated “these improvements have seen a 15% increase in our digital database, and a significant growth in engagement and online bookings. This allows our visitors to plan a visit at the touch of a finger 24-hours a day.

“Our followers are not just locals but people from around Australia and the world, so the best way for us to tell our story is to keep them informed with high-quality, interesting and shareable content. This not only helps us promote the Parklands and what we do but achieve our aim to be a world-class and sustainable parklands by reducing our printing and production costs significantly.”

Centennial Parklands' sister gardens also received three awards on the night for their exceptional work in events and community programs:

Image: The Centennial Parklands team with their PLA Award.