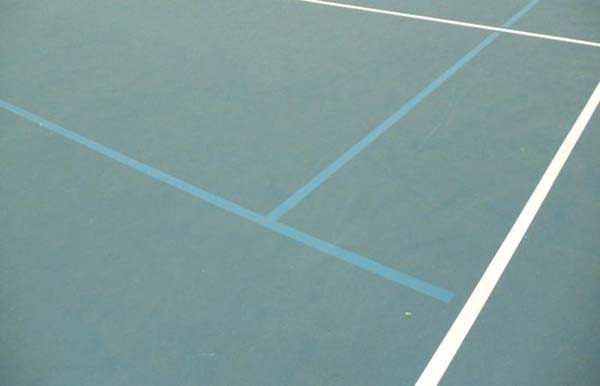 Tennis SA has recently closed an expression of interest for tennis clubs to install the Blended Lines to support their ANZ Tennis Hot Shots programs. Successful applicants received a 75% discount for the cost of the Blended Lines thanks to the support of the Tennis Australia National Court rebate program.

To make the best use of space, and provide flexibility at a minimal cost, Blended Lines are installed on regular full size tennis courts painted with a shade of line paint that is lighter or darker, but of the same family, as the tennis court surface.

“To the children, they feel like they are playing on a real court. And the deliverers enjoy less time in setting and packing up with the permanent Blended Lines acting as reference points for their delivery."

The Blended Lines were installed during the autumn of 2019 to maximise the optimum weather conditions conducive for installing acrylic on tennis courts.

Delivered by qualified tennis coaches, trained teachers in schools or eager tennis club volunteers, ANZTHS gives children the confidence to learn and play like their heroes within a suitable environment. The modified equipment, rules and sessions makes it much easier to begin learning their tennis techniques, and have fun doing it!

Venues that the Blended Lines were installed as part of the recent expression of interest program: