The Basketball Without Borders (BWB) development program will travel to Australia for the first time, staging game development events at Victoria’s Dandenong Basketball Stadium from 23rd to 26th June.

North American basketball league the NBA, the International Basketball Federation (FIBA) and the National Basketball League (NBL) have announced that BWB Asia event – which will feature top male players born in 1999 from the Asia-Pacific region – will involce completion and sessions with NBA and Fiba players and coaches.

The event will also feature a girls camp for top-ranked female players from the Victoria region, as well as a junior NBA camp for local players.

Patrick Hunt, Camp Director and President of the World Association of Basketball Coaches, stated “this historic, first-ever NBA and Fiba Basketball without Borders Asia camp in Australia presents an incomparable opportunity for players from many countries throughout Asia and Oceania.

“The players and coaches will work with the campers to enhance their skills, shape their character, and teach values that lead to success in life and our wonderful, global game.”

NBA Asia Managing Drector Scott Levy added “the league has seen a surge of Australian talent in recent years, and we look forward to supporting the next generation by giving them a platform to showcase their skills alongside their peers from throughout the region.” 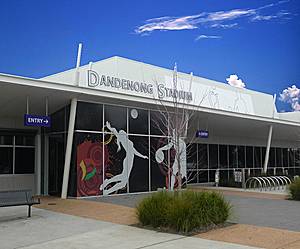 Players and coaches from NBA, FIBA and the NBL will also work together on community outreach events through NBA Cares, the league’s social responsibility program. The events will centre on developing youth basketball in the region and teaching players on and off-court values. US sportswear giant Nike will provide apparel and footwear for players and coaches.

BWB, a joint venture between NBA and FIBA, has reached more than 2,500 participants and 130 countries and territories since launching in 2001.

Despite the BWB announcement the NBA has moved to play down talk that the league could stage a game in Australia in the near future.

Levy told AAP “we don’t have any plans to bring a game now and I don’t think we’d be willing to put a timeframe on that right now, but we do appreciate there’s a lot of fans in Australia that are passionate about that.

“We hope the rest of our business will continue to grow as it has been to justify that in the long term.”

10th September 2012 - NBL AND WNBL COME TOGETHER FOR AUSTRALIAN FIRST