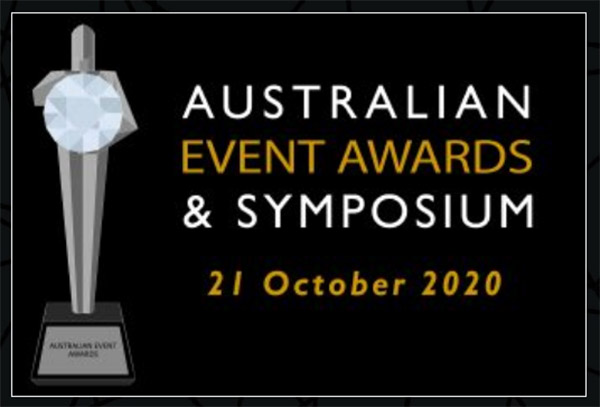 The Australian Event Awards team have acknowledged that to be able to make next week’s events industry highlight, the Australian Event Awards happen on 21st October, a huge array of industry suppliers, media, and events organisations have offered support in their area of expertise, demonstrating a true example of collaboration to create the event.

26 project delivery partners will supply their goods and services in Capital Cities across Australia and integrate their individual elements to allow the 2020 multi state Event Awards to proceed.

This presents an outstanding example of the dedication of key industry players in celebrating the events industry and pursuing its advancement, despite the challenges of COVID-19.

In 2020, four events will be held simultaneously in capital cities across Australia and all events will be linked by video technology. This year’s unique Awards Ceremony allows for the local events industry in each state to gather and foster excellence, innovation and unity across the entire events industry, nation-wide.

At the Sydney Venue, Luna Park, Chameleon will be lighting up the room, Coda supplying sound, ShowTex Australia and Events Fantastic decorate and theme the stage, with Tripoint Rigging Services providing supports for the set up. Major Partner Coates Hire are supporting with the provision of lifts to get the set up in the air. To ensure a COVIDSafe environment, Congress Rentals will be screening guests on arrival.

Media Partners such as Australasian Special Events and CIM Business Events will provide coverage of the Awards while EventPix provides Photography at each event across the country.

In order for all of the Events to be linked together the Awards have Big Picture, Barrett Evolution, The P.A. People and Firesteel to combine all events on screen.

As the Awards are to be held across four states, each State also has their own venue, broadcasting and AV partners ready to supply their State with what’s needed to make their event happen.

Managing Director of the Awards, Ian Steigrad advises “the Awards are very fortunate to have so much supplier support. Without the support of our Partners the Awards could simply not exist. “After the year the industry has faced, to be able to bring the events community together, not just at the ceremony itself but through the planning and execution of the Awards is an honour and a privilege.”