AFL ladder position based on player injury can now be determined 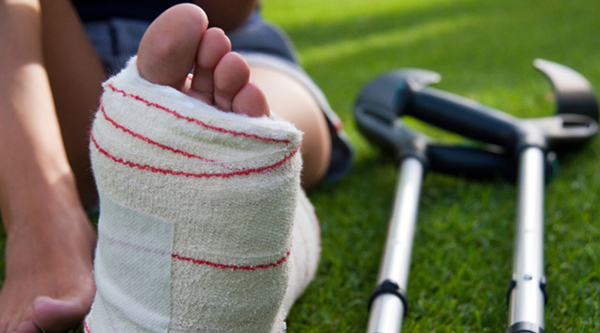 In a first for Australian football, Deakin University researcher Daniel Hoffman, has developed a formula to determine the impact of AFL player injuries on where a team is likely to finish on the ladder at the end of the season.

The study from Hoffman, a PhD candidate within Deakin's School of Exercise and Nutrition Sciences,  is published in a recent edition of The British Journal of Sports Medicine.

It investigates the relationship between AFL teams losing their most valuable players to injury and their ladder position - and ultimately their chances of making the finals.

Hoffman said his research showed that an injury-free season among key players contributed to Richmond's successful 2017 campaign, and is also a factor in Brisbane making their first finals series in 10 years.

Hoffman noted that although it may sound obvious that when fewer key players were lost to injury, a team would go further up the ladder, but advised his study removes any guesswork and also includes a formula teams can use through the season to predict ladder position based on injuries.

The formula quantifies injury cost to a team by weighting a player's injury to their importance to the team, using five measures of player value.

Hoffman looked at 15,289 injuries causing players from 18 teams to miss 51,331 matches between 1997 and 2016, using data provided by the AFL and its clubs.  He analysed the associations among injury measures and team performance in reaching the finals series and where teams would finish on the ladder.

Hoffman added: "We know that injury does influence team performance, and this study supports what we already know.

"But what’s important is these findings give coaches more accurate data on where to focus resources in booking their team a place in the finals."

Click here to view the  paper 'Is injury associated with team performance in elite Australian football? 20 years of player injury and team performance data that include measures of individual player value'.