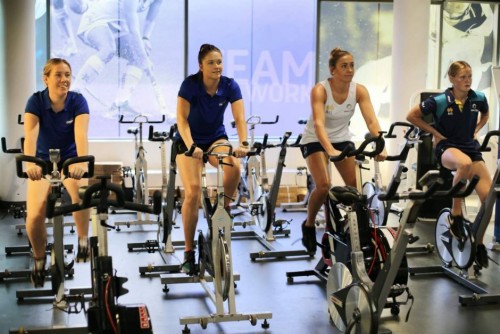 The New South Wales Institute of Sport (NSWIS) will introduce a new concussion test, including for non-contact sports, in a bid to track possible long-term effects of head injuries.

It comes as several retired AFL players prepare for a legal battle in the Federal Court, where their lawyers will argue the AFL has known of the long-term consequences of concussion for decades, yet only recently became proactive about the issue.

Former Hawthorn player John Platten and former Essendon star John Barnes are plaintiffs in the case. Both have spoken publicly about their memory loss and other neurological problems.

A much larger case in the United States resulted in the Supreme Court ordering the NFL to settle on a $1 billion compensation plan for retired players, with predictions that almost three in 10 will develop Alzheimer's disease or moderate dementia in coming years.

Keen to be proactive, the NSWIS's 500 athletes will be put through the Headsmart program, which includes a computer test to assess their cognitive abilities.

Their results will be kept on record, and they will undergo the test again if they have a head injury, before they can return to sport.

NSWIS Medical Director Dr Corey Cunningham said concussion was relevant to every athlete, not just those competing in high-impact sports such as rugby league and boxing.

Dr Cunningham stated “whether you play hockey or water polo, whether you're a swimmer or an athlete, concussion can happen in any sport.

"Headsmart helps provide a baseline of concussion testing for all our athletes.

Dr Cunningham said there were still many unknowns about concussion, adding “there are some studies that suggest repeated concussions could be associated with long-term adverse outcomes — it's not entirely clear.

"But what we do know is that we need diagnosis and then we need to protect that person before they can return to play."