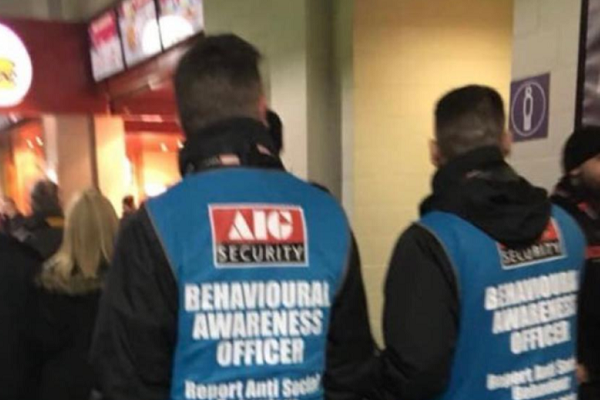 AFL Chief Executive Gillon McLachlan has called for the removal of behavioural awareness officers inside AFL venues, declaring they’re “not right and they should go”.

Expressing his personal opposition to the behavioural awareness officers used at Melbourne’s Marvel Stadium during games this season, McLachlan expressed his concern that fans’ enjoyment was being restricted while watching matches.

Having met with Victoria Police Commander Tim Hansen on Tuesday as he works through the issues that fans are experiencing, McLachlan denied there had been any change to AFL policy regarding spectator behaviour.

He explained “no one at the AFL is trying to stop our crowds being passionate or our fans barracking.

"It is devastating to think that our fans think something has changed that is trying to limit their enjoyment at the footy.

"However, the AFL has a dual responsibility. We must also keep our game safe and family-friendly."

He insisted the AFL wasn't trying to be overbearing, in the face of overwhelming feedback from the community, adding "I'm apologising for people who are going along to the football to have a day out who feel that they haven't been able to do that.

Marvel Stadium Chief Executive Michael Green on Sunday said they had been in place all season, adding they are guards who have received extra training in identifying and diffusing problems in the crowd.

As to how fans are allowed to act, McLachlan pointed to what the Victoria Police use as a guide, concluding "Police use a reasonable person as a test.

"What does a reasonable person think? What's their response? In the end, that's hopefully what we are. Reasonable people making decisions at all times with context in different situations about what's right and wrong."

Image: Behavioural Awareness Officers at Marvel Stadium at the weekend. Courtesy of Facebook.