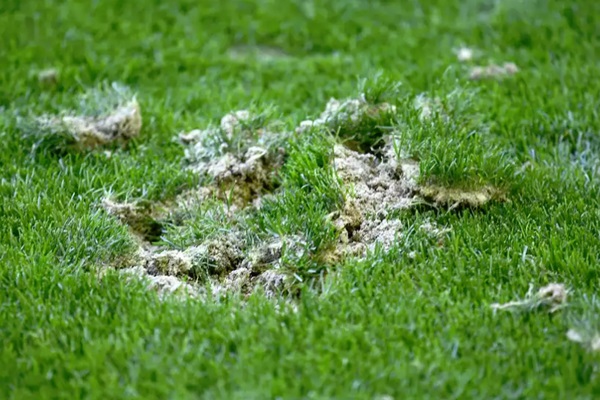 The AFL Players' Association will reinspect the quality of Marvel Stadium turf later this week after a section of soft ground is replaced in front of the interchange benches.

The potholed pitch at the Docklands venue was labelled "absolutely atrocious" after hosting two matches on the opening weekend of the season.

As reported by AFL.com.au, the turf replacement comes after Western Bulldogs player Matt Suckling injured his ankle as turf shifted beneath him on Saturday night, while St Kilda and Gold Coast had to contend with large divots during their clash on Sunday.

Players appeared to be checking their movements on the worst-affected areas, including the wing immediately in front of the team benches.

Suckling suffered an ankle injury in his side's win over Sydney on Saturday night, saying "the ground gave way" underneath him as he kicked.

It prompted the AFL to review the surface’s performance with the decision now made to replace a 20 to 30 metre section of turf ahead of a pair of games in round two of the competition.

AFL General Manager - Football Operations Steve Hocking acknowledged the turf had deteriorated across the weekend, advising “coming out of the review is a program of turf replacement for all necessary sections of the western side of the ground.

"The AFL football operations team, together with the stadium, will ensure these works are complete before round two of the premiership season.

"We will continue to work closely with the AFLPA throughout the week to ensure the surface is safe and appropriate for AFL football."

The Marvel Stadium concerns coincide with the AFLPA's decision to take part in Wednesday's SCG ground inspection ahead of Friday night's match between Sydney and Adelaide.

With the SCG undergoing increased use with rugby league and union matches in recent weeks, the AFLPA will review the turf this week.