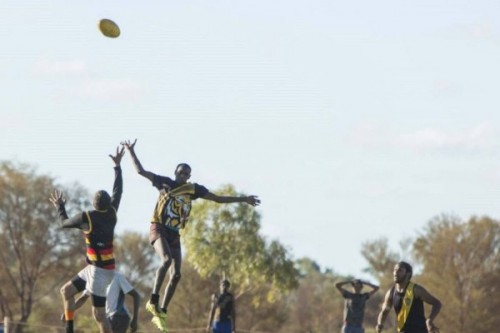 After 20 years without regular sporting fixtures, a 10-week pilot of regular men's AFL and women's softball games launched in the Ngaanyatjarra Lands in Western Australia's central desert region in July.

While the region, which borders the Northern Territory and South Australia, had hosted one-off sporting carnivals, the vast distances and lengthy calendars meant children could miss long periods of school if they travelled to matches.

It prompted Ngaanyatjarra Lands School to ask Perth teacher Phillip Farmer to set up a structured sports fixture in the area.

Farmer told the ABC “the young fellas of the Ngaanyatjarra Lands had enough of carnivals and wanted to become more professional.

"(However), six of the 11 communities thought they could field a team in AFL."

"We ran the first three weeks on no money at all, and gradually we were sponsored by the (local) council with some travel grants and equipment grants, and supported by the WA Department of the Premier and Cabinet."

Farmer said the players had shown an outstanding level of commitment, explaining “the minimum distance travelled per week by any team was 150 kilometres, and sometimes 600 kilometres.

"The women train four nights a week, three hours a night in softball, and we've just graded off the desert into a softball field so that they can do it.

"The players and communities have obeyed our agreed code of conduct of respect, we've had no fighting and arguing, we've had no police intervention which is normal for their carnivals." 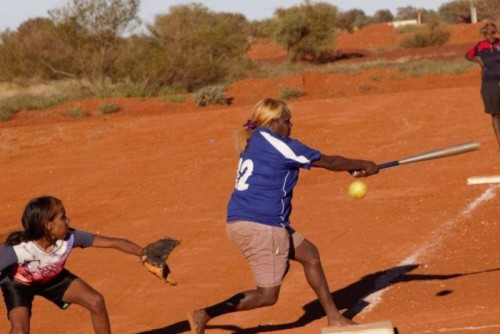 The 10-week pilot was run for less than $50,000 and involved more than 100 officials such as umpires, 178 men who registered and participated in AFL games, and 109 women who signed up and played in softball games.

Farmer said traditional obligations, such as attending funerals, were a major hurdle to regular sport, but they had been overcome by good will.

He added “we reached agreement with families that they would allow young people to proceed with playing sport, as long as they returned to the sorry camps after the game and respected their families' wishes.”

The impact of regular sport in the Ngaanyatjarra Lands has been described a "social revolution."

Famer continued “people said (the past year) was probably the happiest year of their life as far as their families were concerned, because they were together at home with a common interest.

"Their normal life would be basically waiting for the store to open, get some supplies and cooking some food and maybe on the weekend, the men might go hunting, but mostly the men would leave home and travel the lands in the cars and the women would care for the family and children.

"What we've got now ... people are talking sport, saying hello to you, you can't go anywhere without being stopped and talking about what's happening next week or what happened last week, and where the game is." 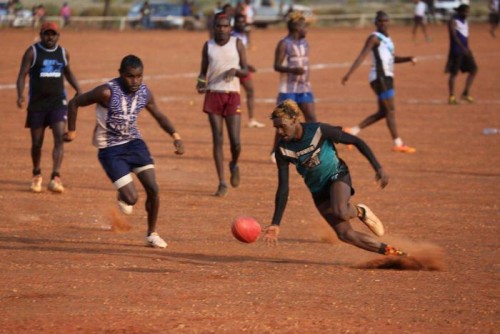 Farmer said at least 300 people attended games as spectators each week, and Facebook pages launched for each code averaged about 7,000 views a week.

He concluded “it's the biggest means of communication seen across the lands.”

Regular sporting games drawing large crowds have also given health services an opportunity to conduct screenings and run promotions while Farmer said police reported less disruptions while games were being played and social crimes had dropped.

The WA Football Commission, the Fremantle Dockers and Softball WA have given support to the program in recent weeks and Farmer is seeking funding from the Western Australian Government to continue the program in 2017.