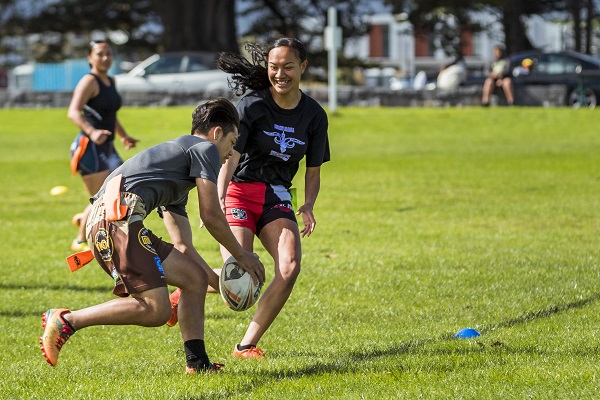 Physical activity and sport are directly contributing to happiness, levels of trust and mental wellbeing in cities across the world, according to a new report from the Active Citizens Worldwide network.

A global initiative established to help cities across the world achieve a step-change in physical activity levels for their citizens, Active Citizens Worldwide uses data and analytics to provide policymakers with increased knowledge and insight to help transform physical activity within their cities.

The findings, which draw on research and analysis from the cities of Auckland, London, Singapore and Stockholm conducted by leading global management consultancy, Portas Consulting, form part of the second Active Citizens Worldwide annual report.

The 2018 Active Citizens Worldwide report started to quantify the positive impact of sport and physical activity on individuals’ health and wellbeing. It showed that this impact extends beyond individuals, to communities and society more broadly, helping to mitigate some of the growing social challenges faced by cities. However, participation in physical activity is in part driven by money, time and access - and hence the benefits of sport and physical activity are not shared equally. Unaddressed, this will only contribute to a widening of social inequality.

Now in its second year, Active Citizens Worldwide has gathered compelling evidence from its four member cities that sheds light on the complex systemic interplay between socio-economics, demographics, policy and physical activity. This growth in understanding stands to enable cities to better enable all parts of society to participation in sport and physical activity and, in doing so, to create happier, healthier and wealthier cities.

Across the four cities, key findings from the second Active Citizens Worldwide report include:

Access to facilities plays a key role in addressing these inequalities:

• In London and Singapore, there is a clear relationship between the availability of public facilities and levels of physical activity among the least well-off
• Across all cities, access to facilities is related to activity - with more active areas on average having up to 2.5x more facilities (public and private) than less active areas

In addition, specific Auckland findings include:

The report also shows that each physically active individual generates an average of US$1,900 in social value in a city in the Active Citizens Worldwide network.

Nicola Gamble, Insights Manager for Aktive - Auckland Sport & Recreation, commented "the Active Citizens Worldwide Annual Report and Conference gives us the opportunity to work with, share ideas and learn from other cities as we all strive to address the growing global issue of inactivity. Active Citizens Worldwide has helped us use the data we have better, and to fill gaps in our knowledge, so that we can advocate more effectively and encourage more evidence-based decision making and investment for Auckland."

Muhammad Rostam Bin Umar, Chief of Sport Singapore's Strategy Group explains "our participation in Active Citizens Worldwide has given us a common language with our colleagues in the health, economic and social sectors as we discuss the design and contribution of sport and physical activity, as well as a common platform to benchmark and learn from the network of participating cities."

More information on the initiative can be found at  www.activecitizens.world