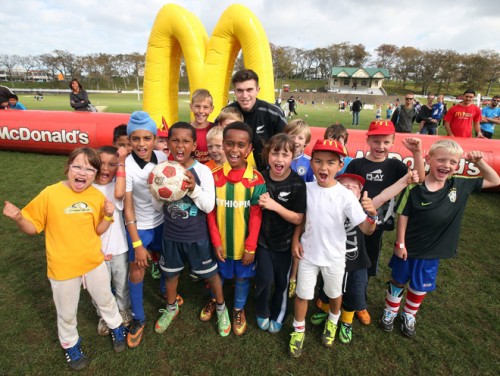 More than 1.25 million children involved in sports programs across Australia are being exposed to "unhealthy" messages from the food and drink companies that sponsor them, a study from Cancer Council NSW reveals.

The study shows 40% of the children are exposed to Nestle's Milo through junior cricket programs in most states and 11% are exposed to McDonald's through its sponsorship of Little Athletics nationally, Hoop Time basketball in Victoria, and Platypus Lagoon swimming in Queensland.

Cancer Council NSW Director of Programs Kathy Chapman, the co-author of the study, has called for an end to these long-held brand associations based on a belief that these sponsorships are undermining the healthy lifestyle the programs aim to promote.

Chapman explains “the way children are marketed to on the whole is concerning.

"We know that children are a major target market for advertising, as they influence their parents' spending, have their own money to spend, and have the potential to become brand-loyal.

"The more children are engaged in a sport, sport team, or with an athlete, the greater the influence that junk food sponsorship will have on a child."

The study, which links with a publication Building solutions to protect children from unhealthy food and drink sport sponsorship, identified 11 food, beverage, alcohol and gambling companies with access to 1.25 million children on sports programs.

10 were deemed to be having an "unhealthy influence" by producing and selling a product that failed to meet Food Standards Australia and New Zealand criteria for health claims. 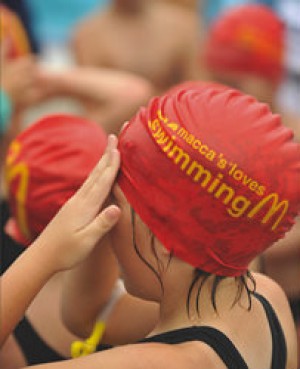 Published in the latest Australian and New Zealand Journal of Public Health, it found all the food and drink sponsors had a logo on the programs' website, a third had naming rights (for example, Nippy's Spikezone in South Australia), a third had given out branded gear (McDonald's for Little Athletics), and a quarter had put their logos on uniforms (Milo in2cricket).

Chapman said the study was the first of its kind and the findings showed the need for sponsorship of children's sport programs to be included in food marketing regulation.

She added "interviews of 10 to 14-year-olds have found they think of food and drink companies that sponsor their club and favourite team as 'cool'.”

"They even said they'd like to return the favour to these sponsors by buying their products."

Chapman also spoke of the saturation of the promotions, commenting “there may be branding at their local sporting spot, but then they'll watch TV and see the same products advertised or they'll play a game online and see them again.

"It's a cumulative effect but sport is especially important to marketers because it's a way of getting to children's hearts and minds and developing a positive brand association."

A Nestle spokeswoman defended the 23-year partnership between Milo and Cricket Australia, saying Milo was a formulated supplementary food, which when made as directed, achieved 4.5 health stars.

The spokesperson stated “it's important that any food sponsorship communicates balanced and sensible eating, as well as healthy activity.

"We're careful to ensure that we encourage appropriate portions, and that we strongly emphasise the importance of regular physical activity."

A McDonald's spokeswoman says the fast-food chain supported sports clubs in a responsible manner, advising “we see it as positive that we help so many Australian kids get active and involved, and reject the idea that McDonald's shouldn't be allowed to support grassroots sport.”

Little Athletic's relationship with McDonald's made headlines in 2013 when a Melbourne mother started a petition to break up the pair, after her daughter received a McDonald's voucher along with an achievement award at a meet.

At the time, Little Athletic's Chief Executive Kerry O'Keefe said without the sponsorship "we would not be able to reach as many kids, they're helping more kids get active by learning about sport".

Since the research was conducted, the naming rights partnership between McDonald's and Basketball Victoria's Junior Development Programs, including Hoop Time, have been discontinued.

Middle image: McDonald's is the biggest food and beverage sponsor of children's sports.