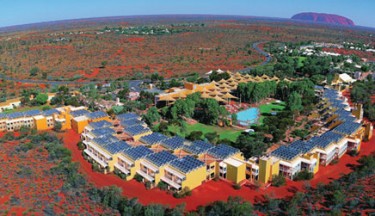 The new Chief Executive of the Indigenous Land Corporation (ILC) says he cannot understand why the previous board bought the Ayers Rock resort for $317 million.

Michael Dillon has told a Federal Senate estimates committee hearing on Friday that the previous ILC board had borrowed almost $200 million to make the purchase of the Northern Territory property in October 2010.

Dillon said write-downs on the value of the resort have already led to $109 million in losses, stating "how the former board made this decision is inexplicable and perhaps inexcusable."

"These letters were among the strongest worded letters, indeed were the strongest letters, I have ever seen from a minister to a statutory corporation in my 30 years of public sector experience."