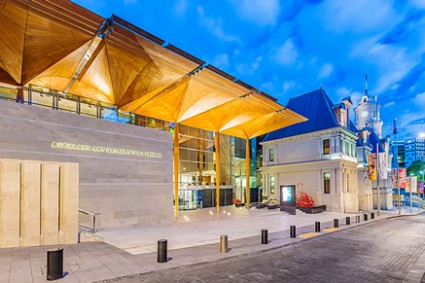 Auckland Art Gallery has been named World Building of the Year at the prestigious World Architecture Festival (WAF).

The accolade, announced at the WAF in Singapore, follows respective category wins in 'Completed Buildings Culture' at WAF and 'Culture' category win for interior design at the INSIDE Festival a partner event to the WAF.

Auckland Art Gallery Toi o T?maki was one of 12 buildings shortlisted in the Completed Buildings Culture category, and one of seven New Zealand projects to make the 2013 shortlist. The nine-year building redevelopment, completed in 2011, was a joint project between Australian architecture firm Francis-Jones Morehen Thorp (FJMT) and local studio Archimedia, and led by Auckland Art Gallery Director at the time, Chris Saines.

A delighted Auckland Mayor Len Brown welcomed the award, stating "the awards recognise the Gallery's status as a national icon for the arts.

"It also acknowledges Auckland's vision for the Gallery; the exceptional work of the architects, designers and Gallery team involved; and the support of the Auckland arts community."

Auckland Art Gallery Director Rhana Devenport added "since the expansion and restoration of its building, Auckland Art Gallery has attracted over a million people through its doors, a sure sign of embrace from Aucklanders, as well as from local and international visitors.

"Our new building is cherished not only by the design community, but by people from all cultures and walks of life."

"We are truly honoured to have such a magnificent home for the most comprehensive collection of New Zealand art in the world, and look forward to attracting even more visitors to enjoy our exceptional and beautifully-crafted building and our dynamic programme.' 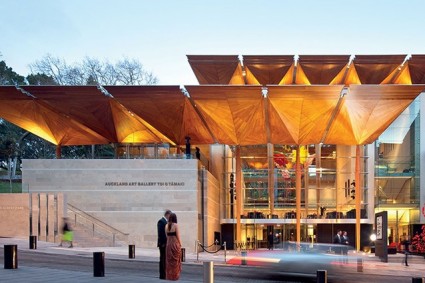 Archimedia Principal Lindsay Mackie attended the Festival and stated "one of our early aspirations for the project was to achieve for the Gallery, for Auckland and for New Zealand a degree of international recognition that would elevate both the institution and the city as only modern global media can, without resorting to architectural sensation or departing from the truly local."

The World Architecture Festival judges commented that, 'This is a highly sensitive addition to Auckland Art Gallery which reanimates and reinvigorates the existing building. It responds brilliantly to context and site and gives the gallery a new architectural identity.'

The World Architecture Festival is the largest festival and live awards competition dedicated to celebrating, and sharing architectural excellence worldwide.

For more information about the World Architecture Festival visit www.worldarchitecturefestival.com