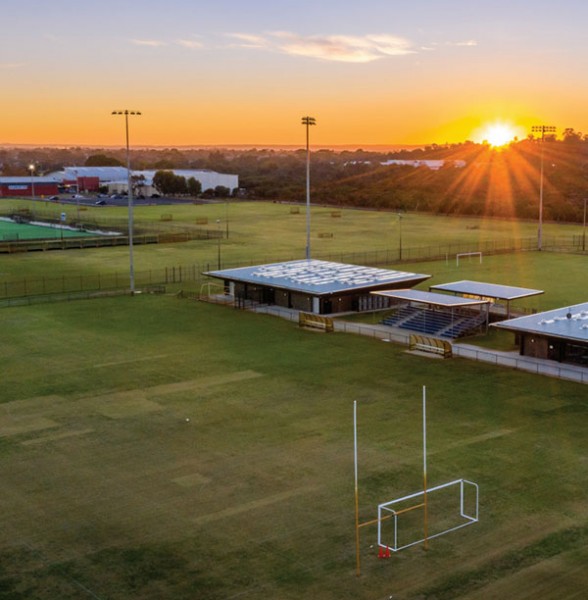 The Western Australian Government has committed $2.2 million to the construction of the Hay Park North pavilion project in Bunbury.

Hay Park is Bunbury's biggest sports reserve and the pavilion is the second part of the State Government's $4 million commitment to upgrade infrastructure within the park.

This is in addition to the $1.8 million provided to Stage 1 of the project, which involved floodlighting of five soccer pitches and the installation of a culvert and fencing.

The pavilion will feature:

The contract to construct the pavilion was awarded to local firms Smith Constructions and JAK Civil, with construction expected to be completed by the end of 2021.

The City of Bunbury has also contributed some $1.7 million to the overall project.

Western Australian Sport and Recreation Minister Mick Murray notes "I am sure this regional facility will be much used and appreciated by teams playing football, cricket, rugby, athletics and even flying disc, as well as by many community groups.

"And I'm pleased that the pavilion work is being carried out by local contractors which will help create even more jobs in the South-West."

Bunbury MLA Don Punch added "Hay Park is a fantastic asset for our community and I am thrilled to see this project is now underway.

"Sport is such a huge part of life in Bunbury; it is important that we have the facilities and infrastructure to meet the needs of our growing community.

"The community lobbied hard for improved facilities at Hay Park and, following on from the lighting and drainage improvements already completed, it is great to see the City of Bunbury progressing the next stage, and using local companies to do so."