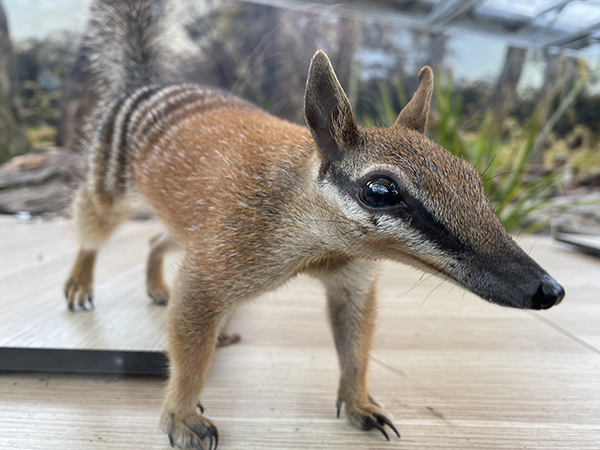 The transfer of ‘Frankie’ - a numbat native to Western Australia - to WILD LIFE Sydney Zoo sees him become an ambassador for his species playing an important role in raising awareness and educating visitors on the endangered status of numbats and their critically low numbers in the wild.

WILD LIFE Sydney Zoo ZooKeeper, Melanie Higgins highlights “there are less than 1,000 numbats left in the wild. We’re really excited to have Frankie as a new addition to our family and give visitors the chance to learn about this beautiful Western Australian species right in the heart of Darling Harbour.”

Australia has the worst mammal extinction rate in the world and educating the public about the plight of Australian animals is key to securing their future. The Australian Reptile Park became the first New South Wales zoo to receive a numbat in early 2019. The arrival of the endangered female numbat (named Pip), raised the awareness of Australian marsupials that have the status of “endangered”.

As domestic border restrictions continued to ease last week, Frankie - a 490-gram rescue numbat - made the nine-hour journey from Perth Zoo to WILD LIFE Sydney Zoo in Darling Harbour where he quietly slipped in late at night and settled into his new home.

Although new to Sydney, Frankie is no stranger to locals who first heard of the numbat in 2016 when he was found abandoned and separated from his mother. The then barely seven-month-old was taken into the care of Western Australian community group Project Numbat and shortly after adopted and raised by specialists at Perth Zoo. 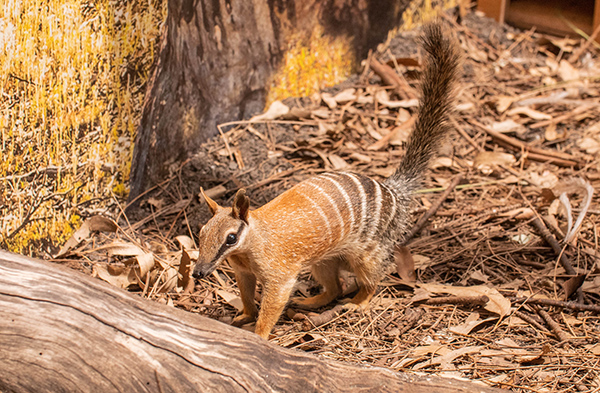 Four years later sees Frankie having made the successful journey to Sydney where he is now homed in  the new Tricky Tongues and Treetop habitat, a split space with one side designed specifically for Frankie’s needs and the other for Kofi the Tree Kangaroo who arrived last month.

Perth Zoo Supervisor of Zoology, Cathy Lambert advised “Frankie’s life story, thus far has been an adventurous one. Orphaned, raised by zoologists and now graduating from Perth Zoo to be the first numbat on display in Sydney. He is a true ambassador for his species and we hope will shine a light on Western Australia’s endangered fauna emblem.”

Frankie and his fellow numbats are native to Western Australia where they are classified as endangered due to habitat loss and invasive predators such as cats and foxes. Community groups such as Project Numbat were established to raise awareness of the numbat and carry out conservation work such as habitat management and population monitoring. Last week, the species was re-introduced to fenced communities in South Australia and NSW where they haven’t been seen in the wild for more than 100 years.