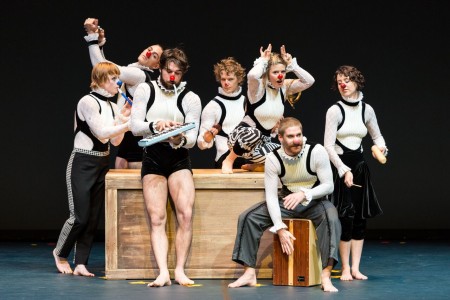 Theatre companies in Western Australia have criticised the Federal Government’s planned changes in arts funding and the uncertainty created by the new National Program of Excellence in Arts (NPEA).

With Senate committee investigating the establishment of the NPEA holding a hearing in Perth this week, dozens of members of the Western Australian arts community have expressed fears about the changes.

The most recent Federal budget moved $105 million would be cut from the Government's official arts funding body, the Australia Council to the NPEA, which will be controlled by Arts Minister George Brandis.

The Government has insisted the money is simply being moved, but art groups say additional administration costs mean there will be less to go around.

Kift told the ABC "there's going to be less money and less products possibly, there's probably a dozen other different things that are going to be affected.

Kift said that could have a serious impact on both the arts and Indigenous communities, adding “we're not just a theatre company, we're a nationally recognised cultural organisation.

"They might not be an AFL footballer or an Australian netballer, so they need to have other options available to them, and arts is one of them.

"Culture is very strong in the Aboriginal community and the amount of talent out there needs to be acknowledged, nurtured and supported."

During his submission to the committee, Australian poet Dennis Haskell drew laughter when he commented that the changes could see the arts sector mirror the absurdist play Waiting for Godot, where two men wait in vain for the arrival of a third character.

He said solo artists would also be shut out from the new program, which would not accept grant applications from individuals.

Those comments were echoed outside the hearing by Zoe Pepper, who heads Side Pony Productions.

Pepper stated “it's a significant reduction making things incredibly competitive, and I guess it just means there'll be less money going around for individual artists," she said.

"It will have long-reaching effects."