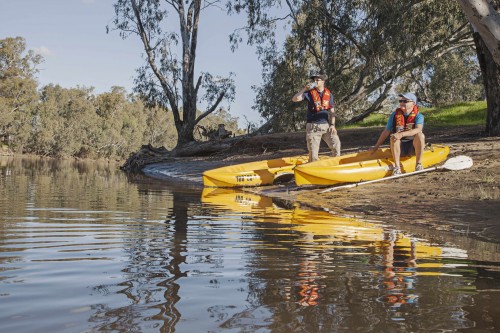 Police and life savers in NSW have asked swimmers to be aware of their safety after a spate of fatalities which saw seven people die in the past 48 hours.

Drownings have occurred at the ocean pool at The Entrance on the on NSW Central Coast, at a waterhole in the Bents Basin State Conservation Area near the Nepean River, at Merry Beach near Kioloa and in the Kangaroo Valley.

In addition, on the NSW North Coast, a 60-year-old man drowned after attempting to help his grandchildren struggling in the ocean at Wooli Beach.

Commenting on the incidents, Sergeant Paul Farquharson from the NSW Police Marine Area Command said people need to be aware of their surroundings and not go in the water if they can’t swim or have consumed alcohol.

Sergeant Farquharson said the incidents over the Christmas period were "upsetting and frustrating", stating “we encourage people to look at their own actions and behave accordingly.

"I understand people want to go and swim in the water but they need to understand their limitations, if they can’t swim, don’t go in. It’s as simple as that."

He also also reiterated the importance of life jackets for those who board water vehicles such as boats or jet skis, or go fishing.

In response to recent drowning deaths across the country in inland waterways, Royal Life Saving Society - Australia urged all Australians to take care when swimming in rivers, creeks, lakes and dams.

Royal Life Saving Chief Executive Justin Scarr stated “although our inland waterways are beautiful, too many people, often young men, lose their lives in preventable tragedies in our rivers, creeks, lakes and dams.”

Royal Life Saving’s Respect the River program reminds people to be aware of the hazards at our inland waterways.

Scarr added “the dangers are often lurking below the surface, you simply can’t see ice cold water, snags like tree branches or strong currents but they can be lethal.”