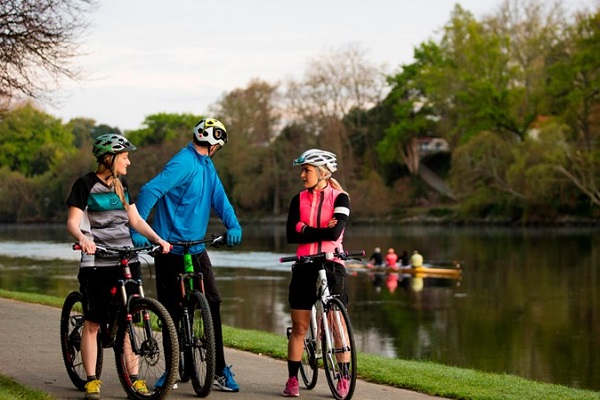 Construction on the first section of the 20 kilometre Cambridge to Hamilton Te Awa shared path is set to get underway, with the cycling and walking trail, which runs from Hamilton Gardens to Cambridge’s Avantidrome, expected to be an important link for the Tamahere community, as well as linking together the existing routes that will make up the full 60 kilometre Te Awa River Ride.

New Zealand Associate Transport Minister Julie Anne Genter announced the start of the works at the end of last month, advising that says she is confident the shared path will be a fantastic addition to the network of cycle trails in the Waikato.

She stated “in addition to providing safer cycling and walking links to key facilities such as the school, shops and the church for the Tamahere community, this final link in the Te Awa shared path will bring further recreational and tourism opportunities to communities along the mighty Waikato River.”

The path will be predominantly off-road and will follow the banks of the Waikato River in places. Including bridges over stream gullies and boardwalks it is expected to be used by more than 200 walkers and cyclists to use the pathway each day.

Predicting that the shared path from Lake Karapiro to Ngaruawahia will help link people to the places that bring people together, Hamilton City Council Project Engineer, Pune Brown stated “I think it will give people like me the chance to get out of our comfort zones knowing that If we’re biking or walking, we will be safe. I will be able to treat my family to a picnic or treat myself to getting out and exercising.”

The New Zealand Transport Agency delivered section of the Te Awa shared path is expected to be completed within six months and will cost $7.9 million.

In total, the cost of the full 20 kilometre shared path between Hamilton and Cambridge is estimated to be approximately $20 million. The three councils are expected to begin construction of their sections within the next year, with the full path complete by 2021.