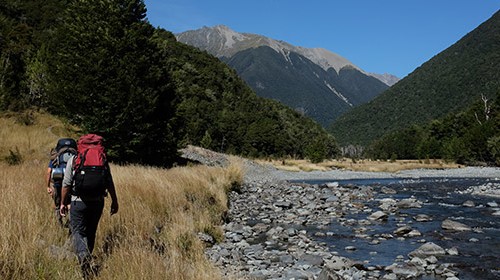 Record numbers of people took to the Te Araroa Trail over the summer season, with some sections of the national trail recording more than double the number of walkers anticipated.

The trail traverses 3,000 kilometres of stunning New Zealand scenery as it winds its way from Cape Reinga in the north of New Zealand, to Bluff, in the far south.

Wakelin explained “walking the entire trail typically takes four to five months, so to upwards of 550 Kiwis and international visitors doing it over the course of a single summer season is fantastic. It’s a good increase on the 350 people who walked the whole trail in 2015-2016 and the 210 who enjoyed it the year before, so we’re pleased with the steady and manageable growth.”

Wakelin was also impressed by the number of people walking individual sections of the trail.

The Paekakariki Escarpment Track on the Kapiti Coast was walked by more than 60,000 people over summer – significantly more than the 30,000 projected when the Trust opened the trail – and the Puhoi Track north of Auckland has also been popular with local walkers since opening in 2014.

Other highly trafficked sections include urban stretches on Auckland’s North Shore and Wellington’s Oriental Parade, which both see hundreds of thousands of walkers a year, and sections alongside the Waikato River in Hamilton and in the hills around Queenstown. 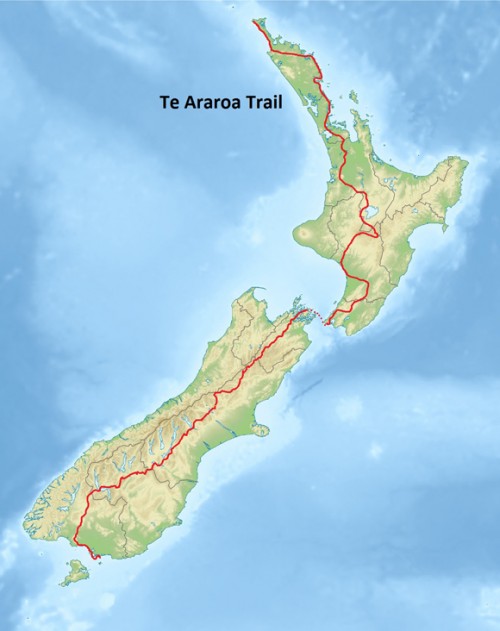 Wakelin said the high proportion of New Zealanders walking the trail this year was particularly pleasing.

With long distance trail walking largely an international phenomenon, over the past year around one in five Te Araroa walkers were New Zealanders.

He added “making Te Araroa meaningful to New Zealanders is what we’re gunning for. We want this to be an iconic Kiwi experience that allows people to really experience their own backyard.”

Among the New Zealanders who walked the trail this year are former Wellington Mayor Celia Wade-Brown and her husband Alistair Nicholson. The couple walked the whole of the South Island as well as the Cape Reinga to Auckland, and Palmerston North to Wellington sections. The Big Hill Track section of the trail near Arrowtown also attracted some star power, with Richie McCaw and wife Gemma Flynn running it during their honeymoon.

Wakelin continued “everyone who walks the trail has a different tale to tell.

“A standout for me was a lady from Wellington who walked the Cape Reinga to Auckland stretch with her two children. The three of them plan to knock off the trail bit by bit, walking together each year until they have completed the whole thing.”

Wakelin said Te Araroa Trust’s focus was turning from completing construction of the trail to promoting it and managing it for the benefit of New Zealanders and local communities, concluding “over the next year we will focus on ensuring the long term sustainability of the trail and embedding the Te Araroa Trail experience into the hearts and minds of New Zealanders.”

Image: Walkers alongside Travers River on the Nelson/Marlborough leg of Te Araroa. Courtesy of Ben Curran.