A new survey on New Zealanders’ interests shows that Kiwis are losing some interest in rugby union (and rugby league) while activities such as walking and running are growing in popularity.

Setting out to examine how Kiwis’ interest in various sports have changed since 2010, Nielsen’s Sports, Arts and Entertainment Report interviewed 12,000 people, asking “what sports and activities do you have an interest in?”

The responses showed New Zealanders’ interests have moved away from some traditional team and individual sports towards a personal focus on health and wellbeing.

Walking came out on top in the survey, recording an increase of 29% since 2010, with 44% of respondents preferring it.

Camping and trekking came in third, with interest increasing by 13% while cycling, going to the gym and running have all seen growth in interest. 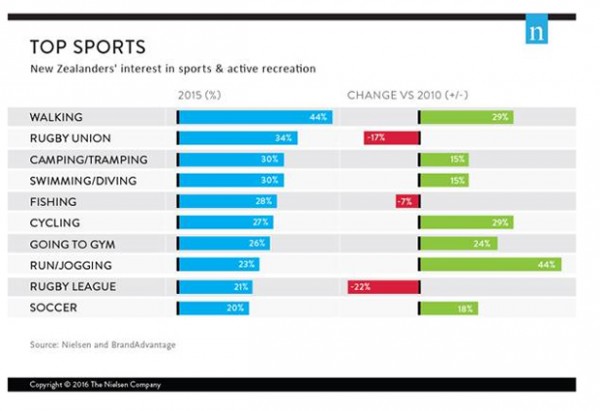 Among team sports, football recorded the largest growth, with 18% growth in the last five years while interest in motor racing and netball also declined and now are no longer ranked in the top 10.

Commenting on the findings, Nielsen Director Amanda Wisniewski asked “does this mean New Zealanders love affair with major sports is over?

“No, it’s a reflection of changes in personal priorities, and that supporters crossover their interests into many sports.” 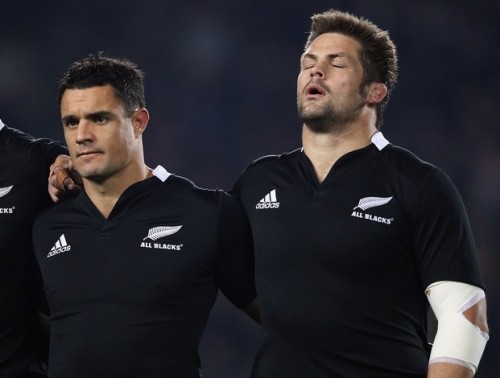 Nielsen also reported that 39% of Kiwis use newspapers to get their sports information, under one third use Facebook and about a quarter listen to the radio.

TV was the key driver of sporting engagement, with two in five keeping up to date that way. Seven out of the top 10 sports website experienced growth since February last year.

Wisniewski added that "options to 'watch the game' have never been greater and online engagement is skyrocketing”, adding that “seven out of 10 sports fans use a smartphone and one in three own a tablet.”