Waikato/Bay of Plenty to be home of national cycling hub 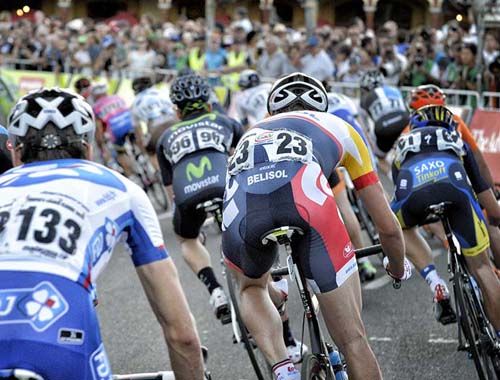 Waikato/Bay of Plenty will become the home of BikeNZ and the national hub of cycling after New Zealand sport and recreation SPARC confirmed the region as the venue for the national cycling centre of excellence.

Miskimmin says the national centre will have operations around the Waikato/Bay of Plenty region catering for the different bike disciplines and will be used across the spectrum of the sport, from community use and grassroots development to high performance.

Miskimmin adds "this is really exciting news for the current athletes on the road to the 2016 Olympics in Rio de Janeiro, and young, aspiring cyclists who will enjoy facilities of this class.

"BikeNZ has identified what it needs to take its high performance athletes to the next level and to develop the next generation of cyclists. We're confident they'll get that with what the trust has proposed and we look forward to development getting under way.

"With Rowing New Zealand's operations at Lake Karapiro, the Waikato/Bay of Plenty proposal means there's an incredible opportunity to create a high performance hub for multiple sports in the region."

The New Zealand Government is providing a $7 million cornerstone investment to develop the cycling centre of excellence which, with its high performance operations, will be part of a network of world-class facilities being developed around the country.

Other facilities that the New Zealand Government has invested in include the redevelopment of the Millennium Institute of Sport and Health and the national ocean water sports centre on Auckland's North Shore, the Rowing New Zealand High Performance Centre at Karapiro, plus regional high performance centres in Dunedin and Wellington.

SPARC ran a tender process for the development of the cycling centre and in April this year the Waikato/Bay of Plenty bid put forward by the Home of Cycling Trust was selected as the preferred tenderer from a short-list of three.

The announcement followed the trust's request for time to allow a funding application to go through Waikato Regional Council processes.